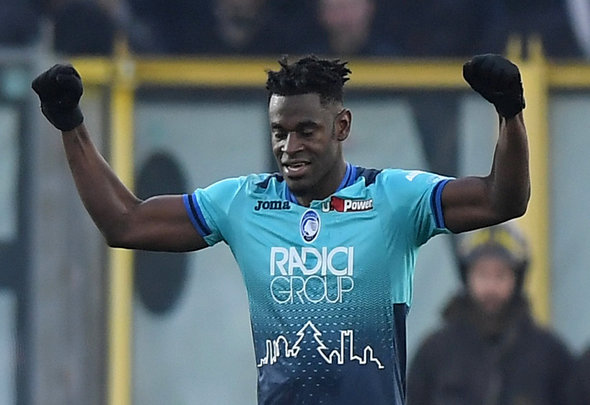 West Ham United made a £36million bid for Atalanta striker Duvan Zapata in January, according to Gazzetta.

The Italian outlet claims that the Hammers put in a big money offer for the Colombian international during the winter transfer window, but that it was knocked back.

It’s thought that the Italian side won’t even sit down for discussions about the 28-year-old for less than £45million.

However, the situation with the player is rather complicated at the moment, owing to the fact that he is technically a Sampdoria player, only at Atalanta on a two season loan.

Yeah, the Zapata situation is a bit of a murky one at this moment in time. He is a Sampdoria player, but is on loan at Atlanta for another season, and they have an option to purchase him permanently, which they will surely execute given his phenomenal form for them. There have been rumblings for a while that West Ham are interested in the Colombian, but it’s not thought that they’ve ever followed that up with an official bid. However, if Gazzetta are to be believed, they did indeed put some money on the table in January for the striker. It’s hard to believe, though, that the Hammers are going to pay the £45million necessary to sit down with Atlanta and Sampdoria to discuss a deal for the frontman. They’ve already spent £24million on Pablo Fornals, so are they really going to spend this sort of cash to get Zapata to the London Stadium? That’s got to be considered unlikely at the moment.