West Ham in for Palhinha 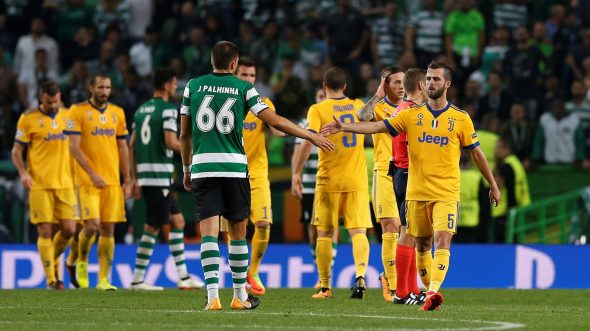 The Portuguese news outlet claim that the Hammers have enquired about the midfielder in order to learn what it will take to secure the signing of the 24-year-old.

Record report that Braga, who the player has spent the last year on-loan at, will have the preference to sign the battling midfield player first if they are interested.

The Portuguese youth-international has spent the entirety of his career in his home nation, having moved to Sporting Lisbon from Belenenses in 2016.

The holding midfielder also holds Champions League experience, having made a couple of appearances against clubs like Juventus during the 2017/18 season.

West Ham have a strong starting midfield pair, with Declan Rice and Mark Noble having formed a solid partnership in the previous couple of seasons. Manuel Pellegrini’s headache starts when you see his midfield depth – Jack Wilshere is a brilliant option, but only if he stays injury-free, something that has been difficult in recent years. Alongside him is Carlos Sanchez, who has also had injury problems and was dreadful in West Ham’s pre-season friendly against Manchester City on Wednesday. With limited options, Palhinha could be a very smart addition, with Transfermarkt only valuing the 24-year-old at only £2.2million. The 24-year-old averaged an impressive 2.3 tackles per game, while also averaging a pass success rate of 85.4%, showing his capability in both attack and defence [WhoScored]. It is hard to see a new midfielder coming straight into Pellegrini’s first-team, with a cheaper, younger option surely the best route to go down with ExWHUemployee reporting that the Hammers’ budget is now dependant on selling players this summer, with cheaper options surely the best route to explore.