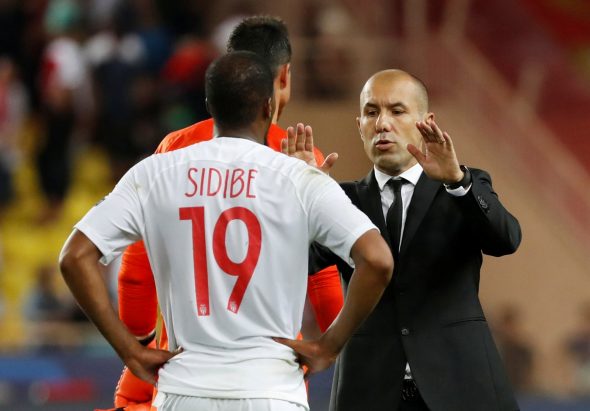 The Italian journalist claimed via his personal Twitter account on Tuesday that the French international is not a target of Manuel Pellegrini and therefore the Chilean doesn’t hold interest.

#WestHam is not interested in Djibril #Sidibè from Monaco. He isn’t a #Pellegrini’s target. #transfers #WHUFC

West Ham were reported on Tuesday by France Football to have been in the hunt alongside Valencia and Crystal Palace to sign Sidibe, who is suggested to rated at £13.5million.

Schira has put an end to those suggestions, with the right-back who featured 26 times in Ligue 1 last season attracting interest from a number of different clubs.

This seems strange from West Ham, with a potential deal for Sidibe coming a year too soon for Pellegrini’s liking. The Hammers have gone into this season with two options at the right-hand side of their defence – Ryan Fredericks and Pablo Zabaleta. The former Manchester City enforcer, Zabaleta, has confirmed that this season will be his last in the Premier League, so a deal for a World Cup winner must have sounded too good to be true, but not for Pellegrini, who looks set to honour Zabaleta in what could be his final year. Fredericks slowly grew at the London Stadium last season and is most likely set to be the Hammers’ first-choice right-back in the next campaign. When you compare Fredericks to Sidibe via WhoScored, there isn’t much of a difference, with the Hammers speedster averaging more successful aerial battles as well as more clearances and tackles. Fredericks also completed more dribbles per game last season, with Pellegrini possibly right to reject the chance to sign the Frenchman. This deal most likely came a year too early, and West Ham would have surely have snapped Monaco’s handoff to secure Sidibe next year – as for this season, step forward Fredericks.