West Ham fans will love what Morelos said about the PL 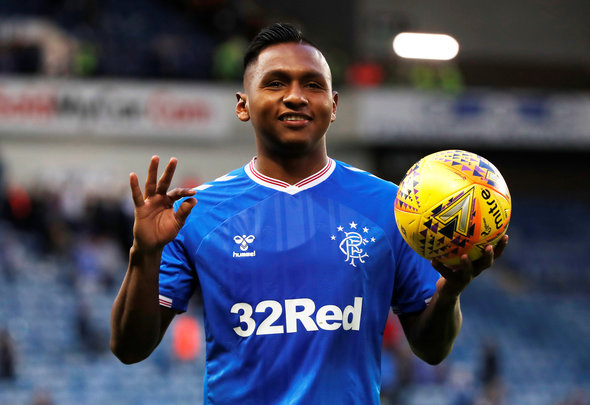 Every supporter wants to hear that their team’s reported transfer target wants to move to the division where their team play, and the West Ham United supporters are no different.

This summer has already been a busy one for Manuel Pellegrini’s side, with two of the three most expensive transfers in the club’s history taking place in recent weeks.

However, they may not be done yet. The Daily Record reported recently that the Hammers are interested in Rangers striker Alfredo Morelos, and the player himself has dropped a big hint that a potential move to the London Stadium could be imminent.

“In five [years] who knows if I’ll be in a much bigger team, hopefully in the Premier [League] because I have a lot of expectation, but if I have to go to another league I will face it and enjoy it,” he told Colombian publication El Tiempo.

Clearly Morelos wants to end up in the English top flight, and that news will have the Hammers faithful over the moon. He is not content to remain in Scotland in perpetuity, because he knows he can go on to bigger and better things elsewhere. The Scottish Premiership is a fine division, but it’s not the Premier League.

Yes, the east London outfit have already brought in a striker this summer in the shape of Sebastien Haller. However, they also lost three attackers in Marko Arnautovic, Andy Carroll and Lucas Perez. Despite recruiting the Frenchman, there is only really him and Javier Hernandez as senior frontmen expected to be at the club next term.

Morelos would be a fine addition, and he probably wouldn’t cost a bucketload because of the inherently low cost of players coming from Scotland – plus he would obviously be keen on the move.

This is a player who scored 30 goals last season in all competitions. Say what you want about the quality of football north of the border – the Colombian has scored goals wherever he’s been.

So West Ham are apparently interested, and the player wants to move to the Premier League. What’s not to like?