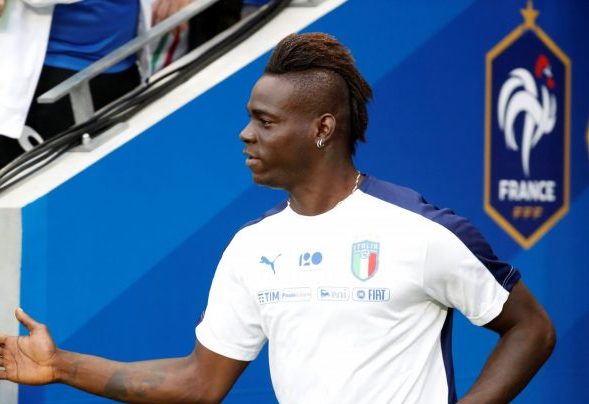 They love a maverick at West Ham. Whether it’s Paolo Di Canio or, up until about 48 hours ago, Marko Arnautovic, the club seems to thrive off the chaotic energy of mercurial talent. Whether that is always the best or brightest way to conduct a football team is a matter of some discussion, and there’s certainly an argument that the increasingly measured approach Manuel Pellegrini has brought to the club is already beginning to work wonders. European football is a realistic target for next season, if they are to get there, they will need a striker. A deal for Maxi Gomez is looking increasingly unlikely, although not impossible, thanks to the intervention of Valencia, as reported by Marca, but a deal for Salomon Rondon still seems like a tangible possibility, as reported by the Daily Star. You would fancy that even if the Hammers were to land one of those two, however, they would need another striker besides, and that’s where wildcard extraordinaire Mario Balotelli comes into the equation. The Italian is available on a free transfer this summer, and many West Ham fans have identified him as an ideal signing. With three shots on goal per game and a dispossession rate of just 0.6 times per match last season [Whoscored], Balotelli can still cut it, and there can be surely be no harm in bringing him in on a rolling short term contract to prove his worth. If the Hammers go for it, it could be a real coup. 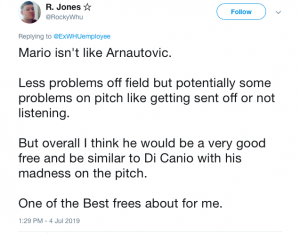