The emergence of Ben Johnson has been one of the many positives at West Ham United in the previous years. The 19-year-old made his debut against Manchester City in the Premier League last season and has since been catapulted into the first team in pre-season by Manuel Pellegrini. The defender who can play as either full-back and the heart of midfield has featured as a right-back primarily and started three games, the latest being against Hertha Berlin on Wednesday evening. Johnson had received great plaudits for his performances before the game against the German side, where he began to highlight certain flaws in his game. The youngster kept getting caught out of position when pushing forward, and the Hammers were constantly being punished down that flank. Many West Ham fans took to Twitter to react to his performance, slamming the 19-year-old, with the majority revealing they would much prefer Ryan Fredericks back in the side, and that Johnson isn’t ready for the Premier League just yet. 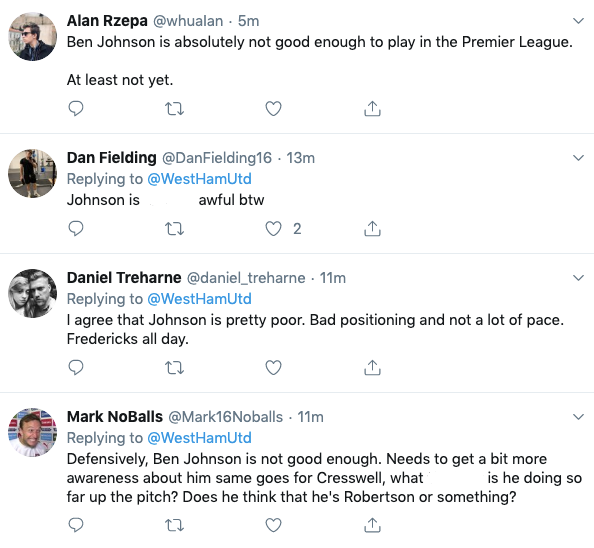 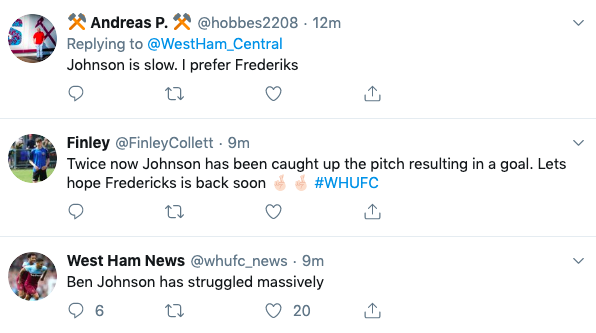 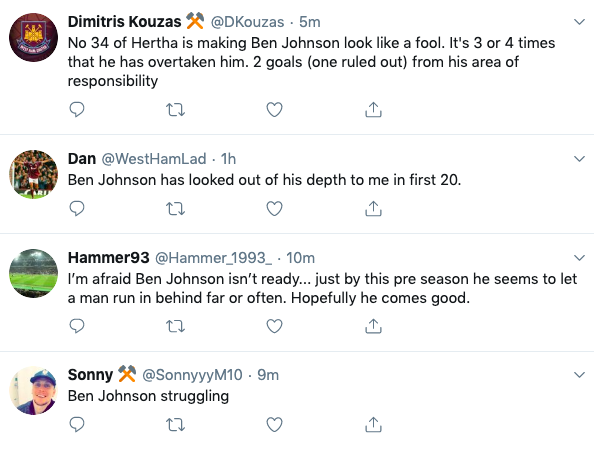