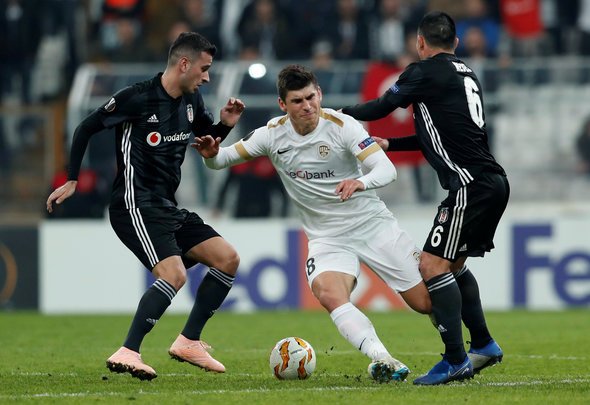 Gary Medel failed to light up the Premier League when at Cardiff City and was sold after one year in England saw him add a relegation to his resume. With West Ham close to selling Pedro Obiang this week [Gianluca Di Marzio], Turkish outlet Fanatik were quick to report that the Hammers had all but agreed a deal to sign the Besiktas midfielder. Reliable club source. ExWHUemployee confirmed on his personal Twitter account that Manuel Pellegrini is keen on Medel, but the club are yet to make an offer to secure his services. Medel wouldn’t be the answer at the London Stadium, with the 31-year-old having a bad attitude, something that sitting on the bench wouldn’t help next season. Pellegrini needs his holding midfielders, such as Mark Noble, to dictate possession at the heart of his team, and Medel doesn’t have what it takes to fulfill that role. The Chilean international averaged 52.4 passes per game last season, but only 0.3 of those were deemed as key passes [Source: WhoScored]. West Ham will surely be looking to keep the ball on the ground at most points next season to utilise new signing Pablo Fornals and the reintroduction of injured Jack Wilshere. Medel averaged three long balls per game last season and failed with 1.7 of those per outing. [WhoScored] Many West Ham fans took to Twitter to voice their disappointment at the link and Pellegrini’s attitude, with many slamming their club for even entertaining the idea of signing Medel, with one fan even calling him an ‘awful player.’

We are keen on him but I am not aware that a deal has been agreed at this point https://t.co/0tpCsbf4wK 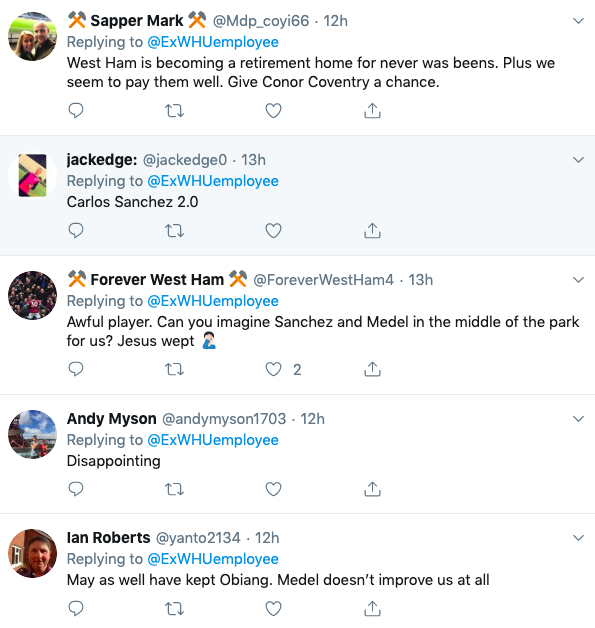