West Ham’s search for a striker is like a neverending tale, with Manuel Pellegrini surely pulling his hair out on a daily basis. Javier Hernandez is one of the club’s only out-and-out striker and was recently given the number nine shirt by the Hammers. Despite that, the London club are looking to put the money received from selling Marko Arnautovic to fund a move for a replacement (Source: Sky Sports). After the debacle that was Celta Vigo forward Maxi Gomez, as covered by the Daily Mail, the Hammers quickly changed their attention to Frankfurt frontman Sebastien Haller. Reliable club source ExWHUemployee confirmed on his personal Twitter account that the Hammers were making progress in negotiations with the Frenchman on Saturday afternoon. The 25-year-old would be the perfect striker to replace Arnautovic up front, especially as a lone striker. Haller was involved in 24 goals in his 29 Bundesliga appearances last season and won 6.9 aerial duels on average per game for the German club. [WhoScored] At 6ft 2in tall [Transfermarkt], the prolific striker is a handful for all opponents, and could lead the line to great effect in the Premier League next season. Many West Ham fans responded to the update on Twitter with great excitement, with one fan even saying, “I will kiss you on the mouth.”

We are making progress with Haller 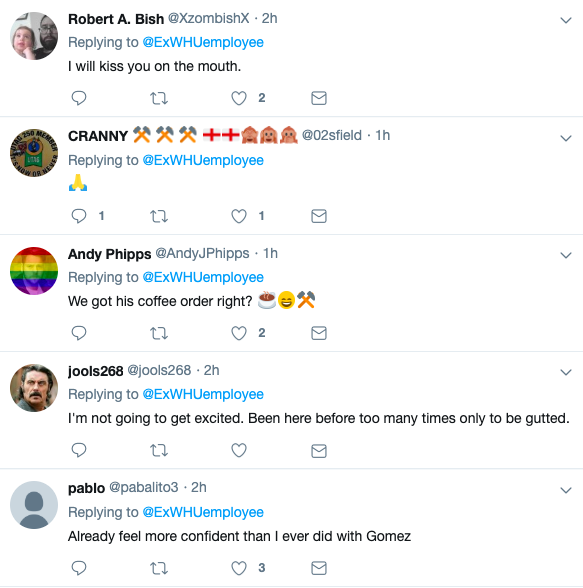 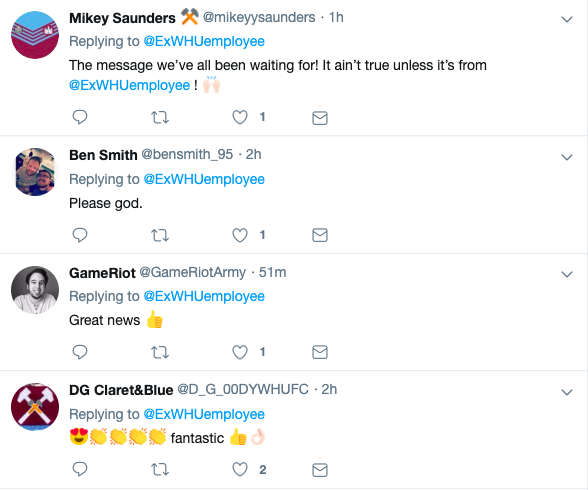