West Ham United’s club record signing Sebastien Haller issued a post on his personal Twitter account on Saturday celebrating his first game with his new team. The Frenchman arrived from German club Eintracht Frankfurt earlier this summer in a mega money deal, and this was the Hammers supporters’ first chance to see their new star striker in action. He did OK, not really distinguishing himself, but looking pretty tidy for the most part in what was the friendliest of friendlies. The 25-year-old almost found the back of the net, as well, only denied by the home goalkeeper at Craven Cottage, who made a tremendous double save to keep him out. That would have been the perfect way for Haller to cap off his debut, but it wasn’t to be. Still, the signs were promising for what is sure to be an exciting campaign for both him and his new team. 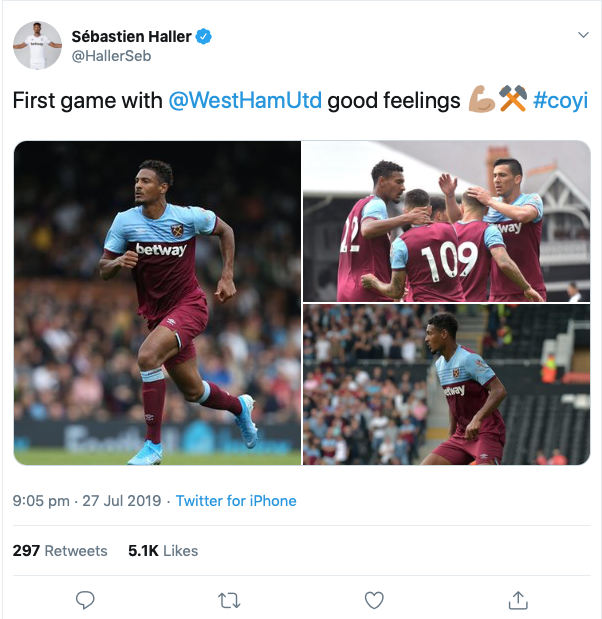 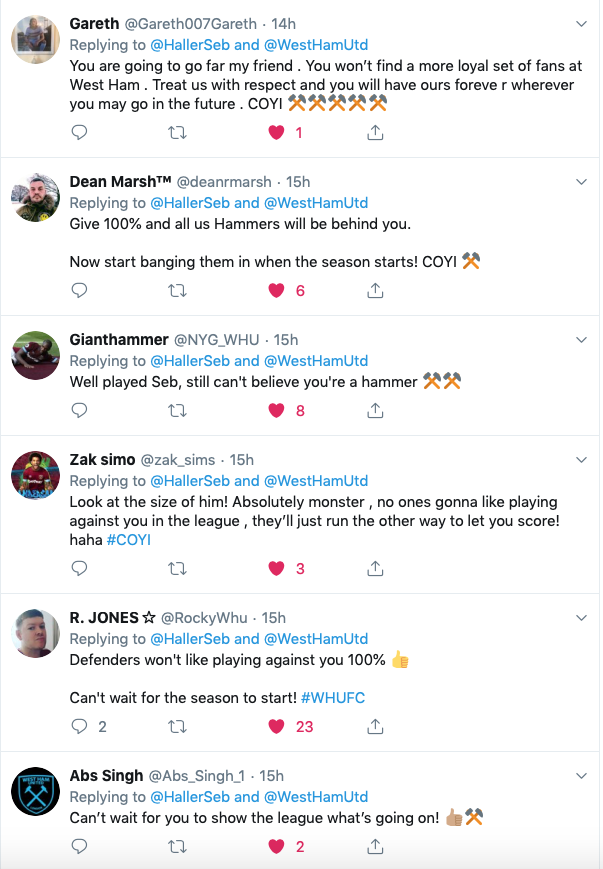 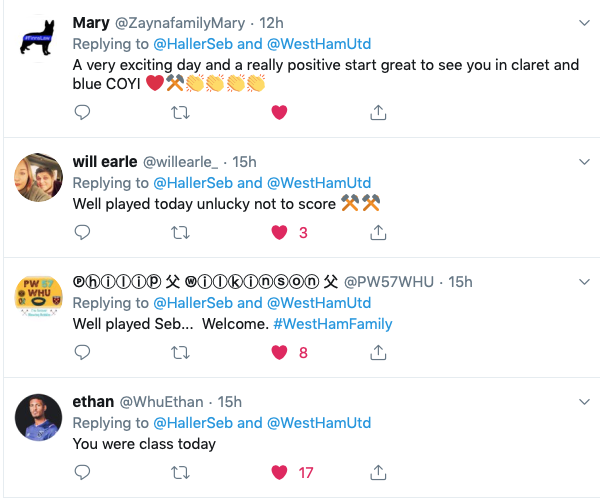