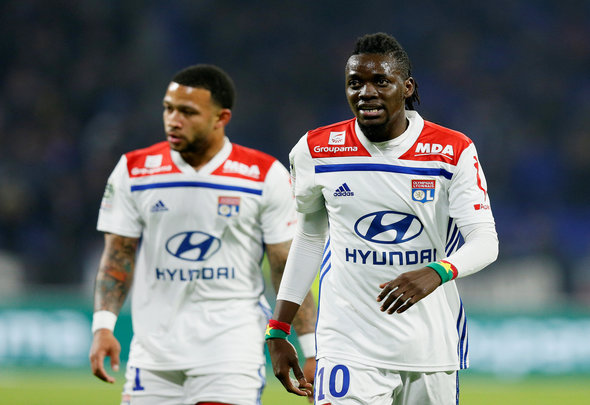 Lyon are believed to value reported West Ham target Bertrand Traore at £35.8million, according to Claret and Hugh.

The Hammers were reported by teamTALK on Sunday to have sparked an interest in launching a loan move for the 23-year-old, with a view to turning that into a permanent one next season.

Reliable club source Claret and Hugh report that the French club are unlikely to sanction a move for the Burkina Faso international and the winger himself would prefer a move that would guarantee a first-team starting role.

Traore was a mainstay at Lyon last season, featuring 34 times in Ligue 1 in which he only managed to score seven goals and add a couple of assists, with a Hammers raid being deemed unlikely.

This should all but end West Ham’s pursuit of Traore before it even has begun. There is no way that the 23-year-old attacker is worth anywhere near the suggested £35.8million – which should be enough for the Hammers to look elsewhere should they want to add more attacking depth. The report also suggests that both Lyon and the player himself are unlikely to sanction any possible move, with West Ham potentially having their blushes saved with this one. Traore doesn’t hold the biggest threats in front of goal when looking into his stats – he averaged 1.9 shots per game last season, proving his conversion rate when given the opportunity is not up to scratch. Traore also only managed to complete an average of 0.7 key passes per game, a stat that highlights how the attacker only managed to pick up two assists [WhoScored]. Those stats alone prove that he would struggle to make an impact in the Premier League, two years after leaving Chelsea after only making 10 appearances in the top-flight.