Sidibe move would make no sense

When you look at the West Ham United squad there appears to be a slightly worrying lack of strength in depth. However, right back is one of the positions where they are pretty well stocked.

With Ryan Fredericks the undisputed starter, Pablo Zabaleta his incredibly experienced deputy and youngster Ben Johnson waiting in the wings, you wouldn’t have thought that further reinforcements were necessary.

However, in that you would, unfortunately, be wrong. At least according to RMC Sport journalist Mohamed Bouhafsi, who reported on his personal Twitter account recently that the Hammers are in talks with Monaco over the signing of French international right back Djibril Sidibe.

This is a real head-scratcher given the depth that West Ham currently have at the position. Fredericks was only signed from Fulham last summer, while Zabaleta was handed a new contract earlier this summer.

The thing is, as well, that Sidibe isn’t an obvious improvement on what manager Manuel Pellegrini already has in place at the London Stadium.

As per WhoScored.com, the 26-year-old didn’t really do any more than Fredericks, Zabaleta and Johnson in any major defensive statistical category last season. Indeed, the only one he topped was the number of Ligue 1 games he played.

Look, he’s a good player, there’s no disputing that, but he’s simply not needed in east London. He was second in his average tackles and interceptions per game, while his clearances tally was behind both Fredericks and Zabaleta.

Furthermore, he committed the most fouls of any of the quartet, which is worrisome in France where they play at a less frenetic pace than the Premier League.

The West Ham fans are surely baffled at this link, and rightfully so. This is a move that simply isn’t needed; Fredericks is the present at the position, and Johnson is the future. 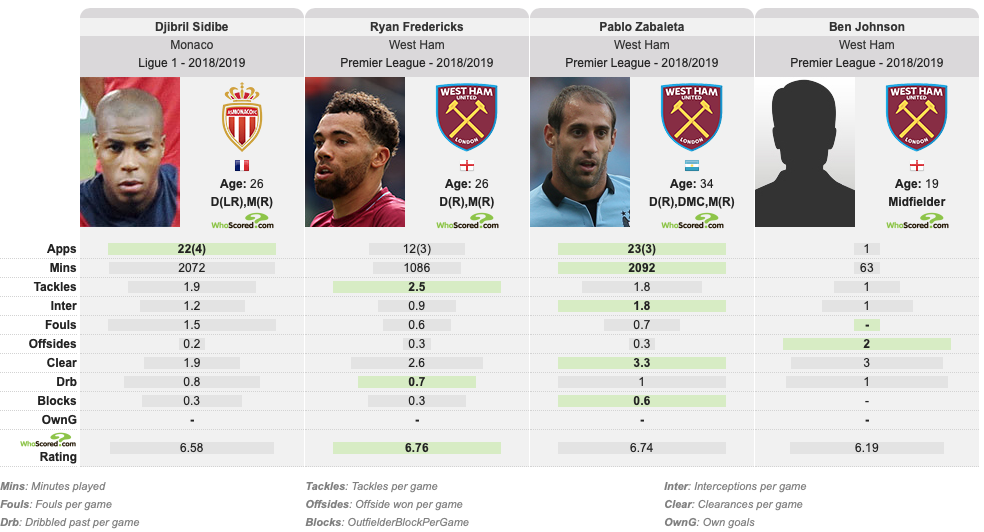 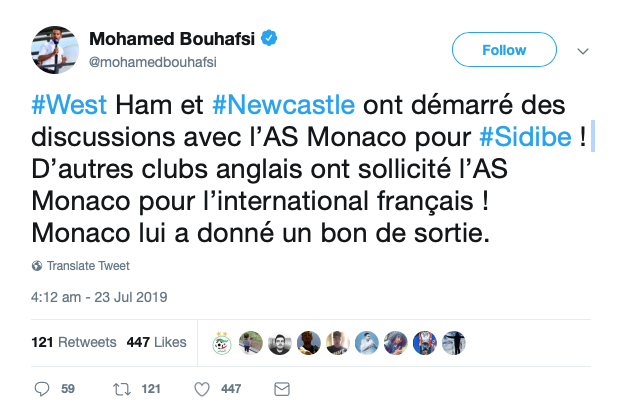