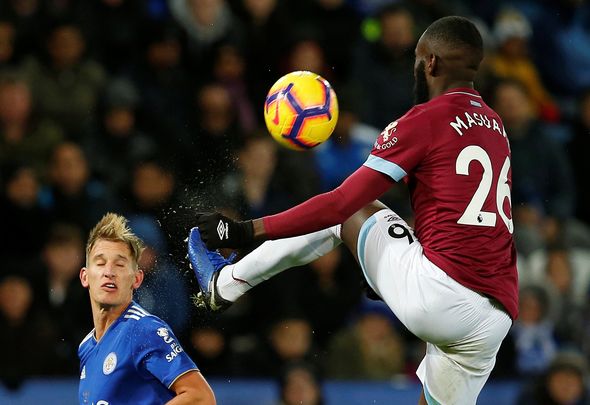 West Ham United rejected an ‘important’ offer in June from European heavyweights Fiorentina for left back Arthur Masuaku, according to journalist Nicolo Schira.

The Gazzetta dello Sport reporter revealed the news on his personal Twitter account on Monday, claiming that the Italian side did make a bid for the 25-year-old.

However, it was an approach that was dismissed by the Hammers, with the DR Congo international now the club’s man of the moment after signing a contract extension through to 2024 on Monday. 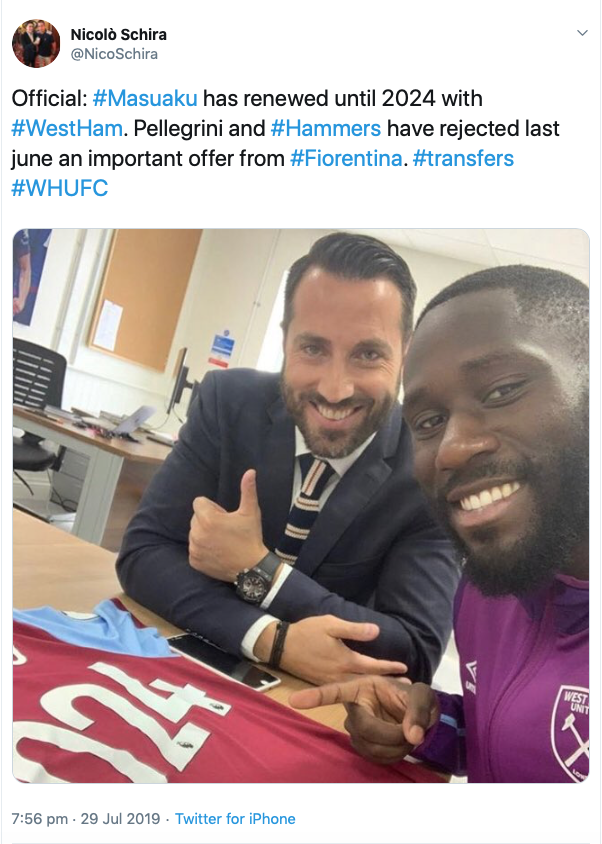 It certainly seems as if West Ham are all in on Masuaku. It’s unknown just how much the offer from Fiorentina was for Masuaku, but Schira claims it was an ‘important’ one. Therefore it’s safe to assume it was a pretty reasonable bid, and yet the Hammers turned it down seemingly without hesitation. That, combined with the new deal he signed on Monday, tells you everything you need to know about how highly the team’s manager and the club’s hierarchy rate Masuaku. Look, he’s not the best pure defender in the world, but his pace and his attacking ability negates that somewhat. Clearly his merits outweigh his flaws in the eyes of those at the London Stadium, and in the view of those in Florence, as well. Fiorentina aren’t quite the force they were in the early part of the century, but it’s still a good sign if they’re taking a look at you, and so it certainly appears as if Masuaku has completed a remarkable turnaround in east London.