Sanchez must up his game after Obiang exit 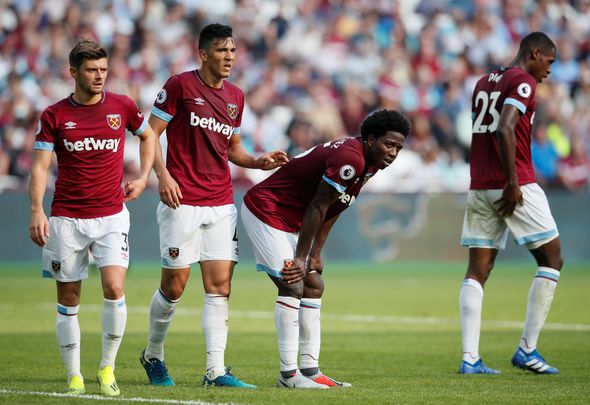 There’s no doubt that West Ham United are rather thin on the ground in central midfield, particularly after the departure of midfielder Pedro Obiang on Wednesday.

The Hammers announced the 27-year-old’s departure from the club on their official website, with the Equatorial Guinea international leaving quite the void in the middle of the park.

One man who will now be counted upon to step up to the plate is veteran defensive midfielder Carlos Sanchez, who needs to rebound after a hugely disappointing debut campaign at the London Stadium.

The Colombian international, on a reported £50,000-per-week [Source: Spotrac], played just a handful of games for the east London outfit after his move from Fiorentina last summer before succumbing to a major injury that saw him miss the majority of the rest of the season.

However, when he did play, we saw a nervous-looking player who didn’t have anything like the combative streak we were told to expect when he arrived at the club.

But with Obiang now back in Italy, it’s the 33-year-old who will be counted upon to step into the breach if Declan Rice suffers an injury or suspension in the holding midfield position.

Looking at his performances last term, there are doubts over whether he’ll be able to do that. As per WhoScored.com, the former Aston Villa man averaged by far the fewest tackles per game out of himself, Rice, Obiang and Mark Noble last time out.

He did the same with interceptions, although he was dribbled past the fewest amount of times and committed the fewest fouls per game. So there are areas of promise for the veteran midfielder amid the gloom.

However, it’s clear that now is the time for him to put up or shut up, because he has suddenly become a very important player for the Hammers. 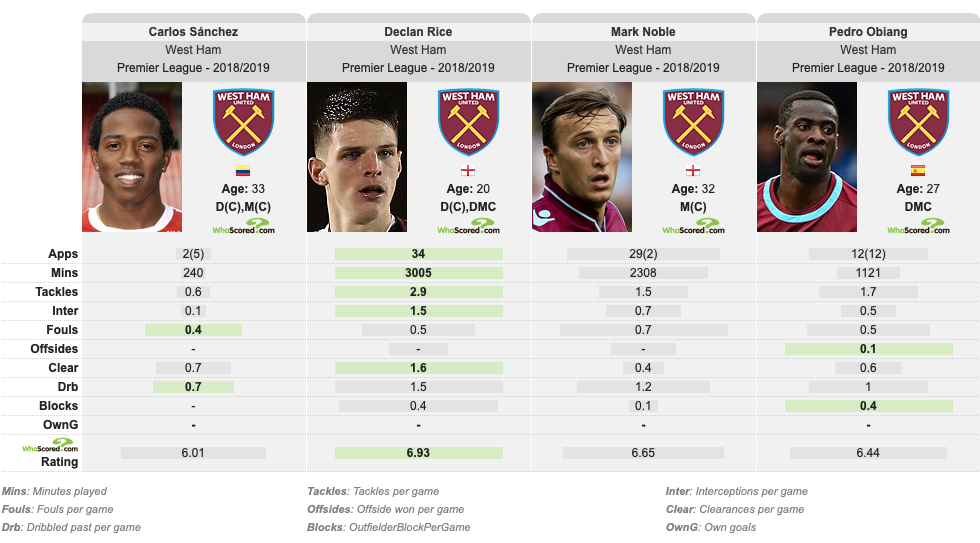