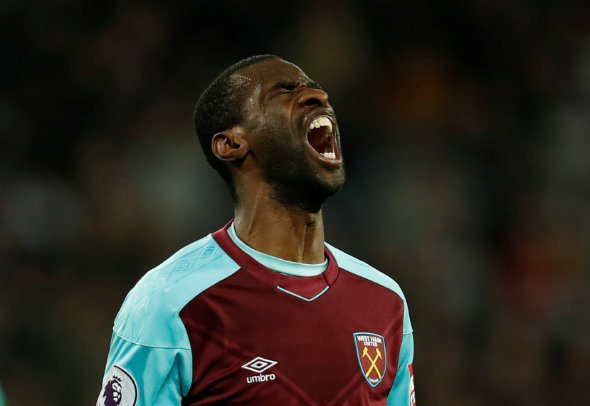 Some things seem to be certain at the moment at West Ham United, their desire for a striker being matched by their need to sell more players to fund any moves.

The Hammers made a great profit on their weekly wage budget when releasing big earners such as Andy Carroll and Samir Nasri, with the pair only making a total of six starts combined.

After the easy job of releasing players, the harder task arrives of shifting fringe members who still have years on their contract remaining.

Pedro Obiang is one of those players, with the midfielder attracting lots of interest from around Europe. The latest of those clubs are Parma, who are reported to be interested in a loan move for the Spaniard.

Manuel Pellegrini must think long and hard about sanctioning this move, with a permanent move away from the London Stadium surely more beneficial for all those involved.

The newly-promoted Serie A side are said to hold a strong interest in the £55,000 per-week midfielder [Spotrac] but want a temporary sale before possibly making a move permanent next season.

Obiang failed to make much of an impact for the Hammers last season, only making 12 starts – with Pellegrini surely preferring a permanent exit this summer in order to reinvest in his squad.

Looking at his stats via WhoScored, West Ham would easily be able to cope without his influence in the middle of the park. The 27-year-old only averaged 1.7 tackles per appearance last season, with Declan Rice averaging nearly double that with 2.9.

Obiang is also outscored by many other midfield options in terms of interceptions as well, with Rice, Jack Wilshere, and Manuel Lanzini all averaging more in each outing.

Pellegrini must stand firm and make sure that any exit out of the club for Obiang is a permanent one, with Claret and Hugh reporting a fee of £8million would be enough to secure his services.