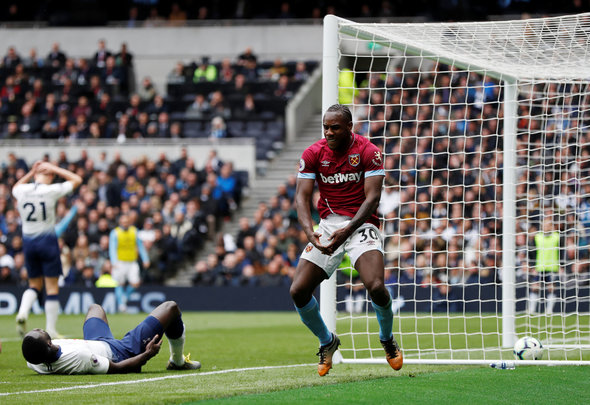 Crystal Palace are keen to snap up Michail Antonio from West Ham this summer, according to the Mirror (17.56).

The Eagles are understood to be long term admirers of the 29-year-old, and could be in the market for a new wide man should Wilfried Zaha leave the club this summer.

Roy Hodgson’s men believe that their chances of signing the £70,000-a-week ace [Spotrac] have been increased by the Hammers’ recent moves for Sebastien Haller and Pablo Fornals.

Losing Antonio would be a blow to the Hammers for sure. It’s true the they have strengthened well this summer, but the Englishman is wonderfully unique player who would be difficult to replace. Antonio has a versatility that few other forwards can match, and is equal parts genuine winger and genuine target man centre forward. He may not be the tallest striker in the world, but his reading of the game, his leap, and his desire to get on the end of crosses make him one of the most lethal headers of a ball in the Premier League. Three of his six goals in the Premier League came from his head last season [Whoscored], and he could be the only like-for-like viable forward alternative that the Hammers have should Sebastien Haller pick up an injury during the course of their campaign. You can understand why Palace would see him as a decent replacement for Zaha, but honestly, the Hammers cannot afford to let him go.