No offer submitted for Medel 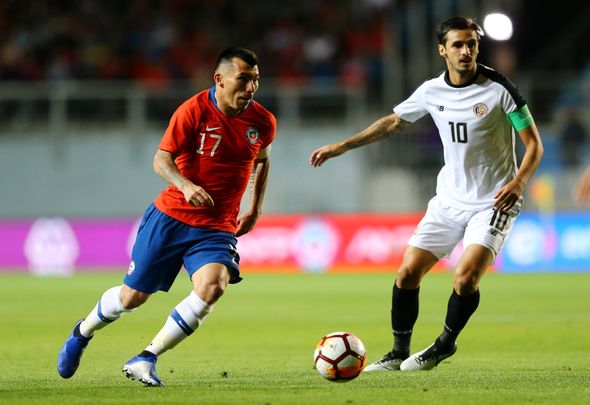 West Ham are yet to agree a deal to sign Besiktas midfielder Gary Medel, according to ExWHUemployee.

The reliable club source claims that despite the Hammers still being keen on the Chilean international, no deal has yet been accepted.

ExWHUemployee put an end to suggestions when calmly replying to a fan on his personal Twitter account, simply saying: “We are keen on him but I am not aware that a deal has been agreed at this point.”

We are keen on him but I am not aware that a deal has been agreed at this point https://t.co/0tpCsbf4wK

Turkish outlet Fanatik reported on Monday that the 31-year-old had all but agreed a deal with the Hammers and that Besiktas were close to agreeing a deal with West Ham – something that ExWHUemployee put an end too later that day.

Many West Ham fans most likely thought a deal to bring former Cardiff man Medel to the club was all but complete yesterday afternoon. ExWHUemployee did confirm Manuel Pellegrini is keen on his fellow countryman, something that could see the club try and force a deal for in the next week or so. With Gianluca Di Marzio reporting on Monday that a deal to sell Pedro Obiang should be completed by Friday, the Hammers are going to be bare in terms of defensive reinforcements in midfield. Carlos Sanchez is their back-up option, a player that has proved to be unreliable since joining from Fiorentina last season. The Colombian was out of action for 215 days last season after knee surgery and ended up missing 34 games [Source: Transfermarkt] Medel would come in and offer much-needed back-up to Declan Rice and Mark Noble. The Chilean’s small stature leads to him being a nuisance in the middle of the park, with the 31-year-old averaging 2.2 tackles per game on top of 2.5 clearances in the Turkish League [WhoScored], after playing both in midfield and defence.