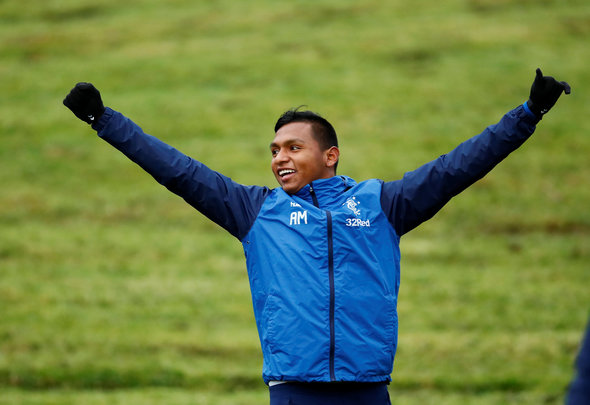 West Ham United are in a transfer mood which doesn’t appear to be slowing down anytime soon.

The final third is an area in which they seem particularly focused on strengthening in the coming weeks, even after breaking their club transfer record on striker Sebastien Haller on Wednesday.

After the departure of three strikers in Andy Carroll, Lucas Perez, and Marko Arnautovic, the Hammers need a few new forwards to arrive.

Fear not Hammers fans, with ExWHUemployee reporting on the West Ham Podcast that West Ham are interested in Rangers forward Alfredo Morelos, who could be available for as little as £4million.

The reliable club source said: “We’ve been linked with a guy called Alfredo Morelos, he’s a Colombian that plays for Rangers.”

The 23-year-old forward is a controversial figure at Ibrox, with his fiery determination leading to him picking up five red cards in all competitions last season – a stat that Manuel Pellegrini would no doubt need to stamp out of his game.

West Ham must risk this and take a chance on Morelos, who at a reported £4million fee would be an absolute steal.

The Colombian international has a great record in front of goal, and has a natural poacher’s instinct about his game, scoring 30 goals and assisting a further 11 strikes in his 48 appearances in all competitions.

If Morelos could replicate that form at that price, Mario Husillos would have worked wonders in securing his services at the London Stadium.