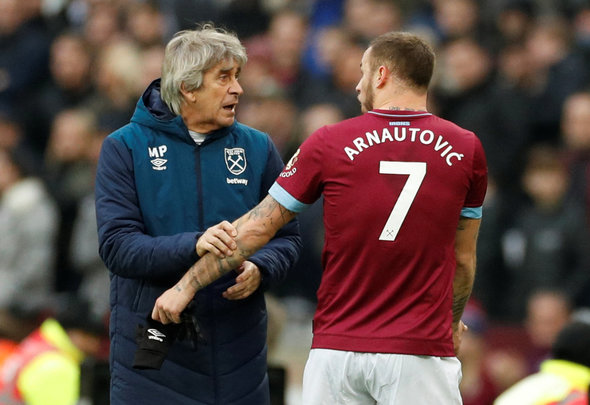 The BBC reported earlier this month that the Austrian international is closing in on a move to Shanghai SIPG for around £22million. However, BBC pundit Mills feels that the mood within the Hammers camp won’t be much changed.

“I think all players, they understand it, they get it, they know the sort of players that are likely to cause problems from time to time and that’s what it is,” he told Football Insider. “Players are not daft in this day and age, they get it, it’s not a huge issue.

“We can all play up from time to time, it’s alright to play the moral, perfect card a lot of the time but it doesn’t work like that. When you’ve got a player of that ilk, the chances are he’s going to cause problems from time-to-time. As long as he’s doing it on the pitch, if he’s in the team, scoring goals and playing well, you accept it. Players are very, very forgiving you’ll find.”

It’s hard to disagree with Mills, here. The West Ham squad have already forgiven ‘Arnie’ once for demanding a move to China, welcoming him back into the fold after the January fiasco and reinstating him as the unquestioned leader of the Hammers’ attack. However, the chances are that this time the Austrian won’t be returning to the London Stadium. The 30-year-old appears to essentially be on the verge of a move to the Far East. Having said that, if the move did break down once again, the Hammers players would likely welcome him back with open arms once again, because they realise that he is a top quality player who can help them win games next season. That’s not exactly right – actions should have consequences, after all – but that’s just the way it is in football these days. That’s certainly the impression Mills is giving us, here, anyway. He’s an ex professional so he knows the score better than anyone.