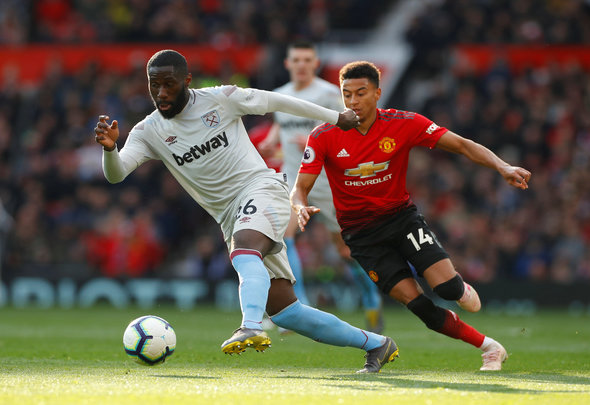 West Ham United’s belief in left back Arthur Masuaku was the reason that mooted moves for two international defenders didn’t come off this summer, according to Football London.

The outlet claims that the Hammers had considered selling the Dr Congo international towards the start of the transfer window, before deciding he was too good to lose.

The BBC reported in June that Turkey star Hasan Ali Kaldirim was a transfer target for the club, while Sport24 claimed in the same month that Greek talent Leonardo Koutris was on the Hammers’ radar.

Ultimately, though, West Ham manager Manuel Pellegrini made the final decision that he was happy with the left backs he had, with Masuaku in particular a favourite of the Chilean, as evidenced by the contract extension he was handed on Monday.

It’s clear that Pellegrini feels that Masuaku, Aaron Cresswell and Ben Johnson – the youngster who can play in both full back positions – is a quality collection of left backs. However, if the former’s form didn’t improve dramatically towards the end of last season then he may well have been shipped out at the start of the summer, which the club apparently considered doing. Kaldirim and Koutris are both fine left backs, internationals for Turkey and Greece respectively, but Pellegrini seemingly decided that he didn’t need either of them. That’s a big call, considering that neither Masuaku or Cresswell played consistently well for the majority of the last campaign. However, he’s clearly been impressed by them and Johnson – Masuaku and the teenager particularly – and so he is now happy to proceed with them heading into the new season, and certainly happy enough to pull the plug on two potential moves and the possible sale of Masuaku himself.