Rodney Marsh implied that he believes West Ham midfielder Jack Wilshere is finished as a player.

The pundit was asked to justify listing the Hammers in a poll on his Twitter account for the worse run Premier League club and said they were featured due to constantly signing “old finished players”.

Marsh was then asked to justify which players he was referring to him, and he named Sami Nasri as well as Wilshere as his examples. 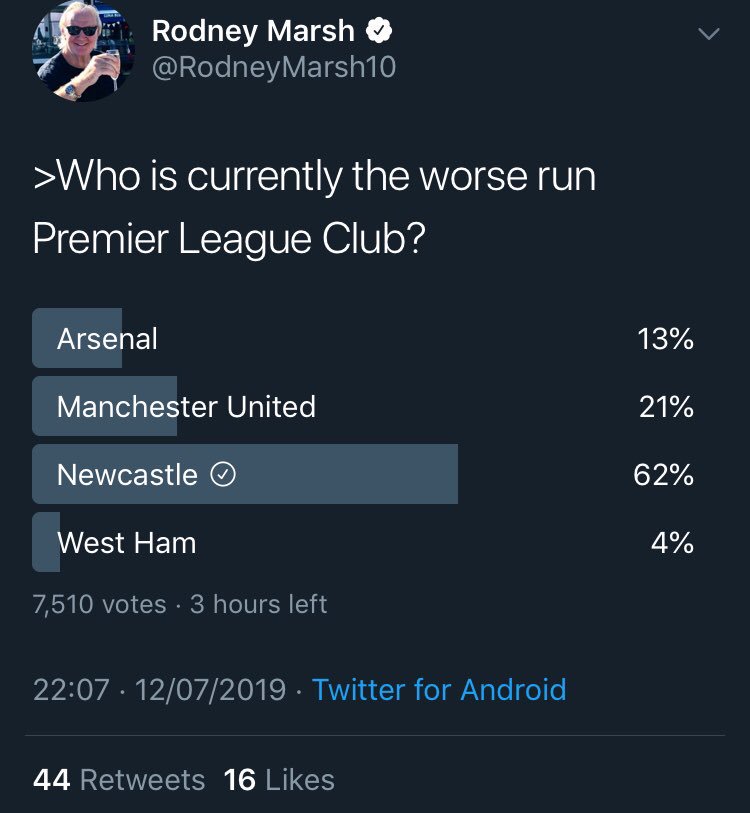 What is Marsh’s problem with Wilshere? This isn’t the first time the pundit has taken a dig at the 27-year-old after all. Marsh previously questioned via his Twitter account in July, if Wilshere had come out of retirement after BBC journalist Francis Keogh named the player as one of the many talented midfielders Manuel Pellegrini had to call upon. The Hammers midfielder did have a disappointing debut season at the London Stadium in his 2018/19 campaign, as he managed only eight appearances due to an ankle injury, which required surgery, kept him rooted on the sidelines for a large part of the season. However, to call him finished is going way too far. Wilshere, who earns £100,000-a-week (Source: Spotrac), featured frequently for Arsenal in his 2017/18 campaign ahead of joining the Hammers as he appeared 33 times across all competitions. Wilshere averaged an impressive rating of 7.23 across his 13 appearances in the Europa League and averaged a rating of 6.82 during his league outings during that season (Source: WhoScored), so just because his latest campaign didn’t go to plan, who is Marsh to imply that the 27-year-old is finished?