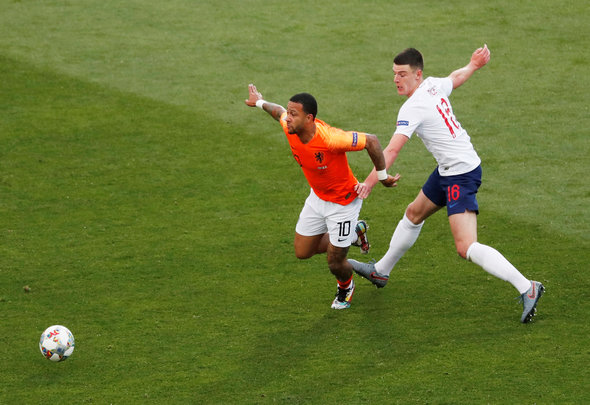 Rice is currently on holiday with Chelsea and fellow England international Mason Mount, and posted a photo of the pair relaxing on a boat in Dubai with the caption: “Brothers since knee high”.

Maddison then commented on the post with the caption: “Young champs”.

Rice might have only been a West Ham regular for a season now, but he already seems like one of the most popular young players in the English game. His laid-back demeanour and willingness to make light of himself gives the air of a young man who is loving every second of playing for his boyhood club, and it’s really refreshing to see. Rice’s manner and love for West Ham is such an endearing trait, and it’s translating onto the international stage as well. It may have been a contentious decision for him to elect to play for England, but now that he’s there, he looks every inch the future Three Lions star. In the UEFA Nations League semi-final against the Netherlands he made four interceptions, three clearances, and had a pass completion rate of 96.3% [Whoscored]. Those kind of stats are genuinely impressive, and if he keeps them up, he could go to the very, very top.