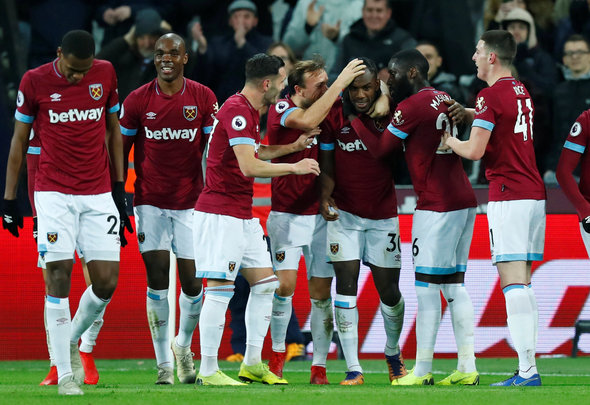 Mark Noble, Ryan Fredericks, and Angelo Ogbonna are set to return to feature for West Ham against Athletico Bilbao, according to Claret and Hugh.

The reliable club source claimed that the trio could feature in midweek against German side Hertha Berlin, but Saturday’s upcoming fixture against the Spaniard’s is the target.

Claret and Hugh report that Noble missed the game against Fulham down to a dead leg, Fredericks suffered a minor groin injury, and Ogbonna was struggling with a sore back.

This will be great news for all involved with West Ham. Many Hammers’ fans would have been confused as to why three of their more senior options were missing from the match at Craven Cottage on Saturday, especially after all three featured heavily in the Premier League Asia Trophy at the beginning of pre-season. Noble especially is a key part of the Hammers’ plans, with Manuel Pellegrini surely being delighted that his experienced captain is to return before the Premier League starts. Fredericks will also be delighted on a personal note, as he looks to cement his first-team spot ahead of Pablo Zabaleta, after only making 15 top-flight outings last season. The injury to Ogbonna is not as big as a concern as the other two, with the Italian struggling in pre-season and is set to play second fiddle to both Issa Diop and Fabian Balbuena, after making 20 appearances and averaging a poor 1.3 tackles and 4.1 clearances per game compared to Diop and Balbuena, who both averaged more [WhoScored]. Pellegrini will no doubt want all of his squad to choose from come to the opener against Manchester City, with the injured trio set to return within the space of a week.