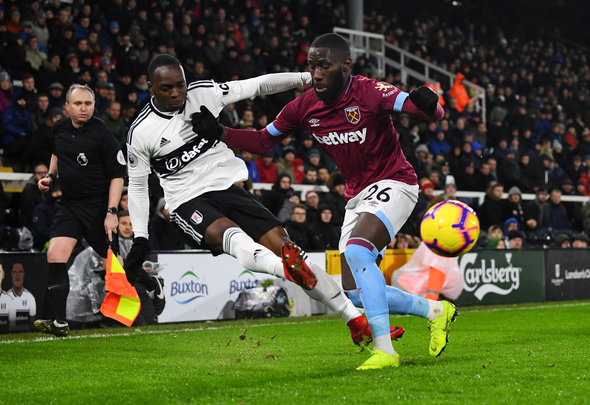 David Gold has taken to Twitter to wish Arthur Masuaku luck after signing his new contract with West Ham.

The full-back put pen to paper on a deal that will keep him in east London until at least 2024, as confirmed by the club on Monday, and Gold wasted little time in letting fans know.

Writing on his personal account, he said: “Good afternoon all, just to let you know that we have just completed a contract extension for Arthur Masuaku until the summer of 2024.”

You have to admire Masuaku’s resilience. He has earned this new deal, without a doubt. The full-back hasn’t always been the most cherished of West Ham players, and his defending, at times, could probably be best described as erratic. Over the course of the last season, however, and especially in the latter stages of the campaign, he looked like a man transformed. Suddenly, he was averaging 2.5 tackles and 2.4 clearances per match, as well as completing 1.6 successful dribbles and registering a pass completion rate of 83.3%, as per Whoscored. On the basis of those numbers, it’s understandable that he was given a new long term contract, and unless something drastic changes over the next fortnight, it would be a massive shock if that left-back spot wasn’t his come the opening day against Manchester City. At 25, he still has a lot left to give for the Hammers, and here’s hoping he can really kick on after signing this new deal.