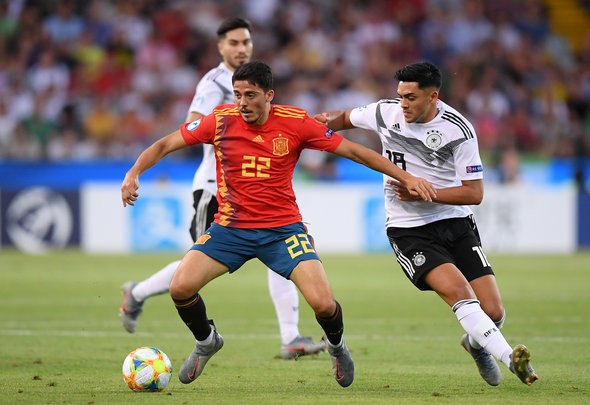 Pablo Fornals is likely to miss the upcoming Premier League Asia trophy in China, according to Football London.

The online football outlet claims the recent signing from Villareal is also not expected to be at the Hammers’ pre-season Switzerland trip, after starring in Spain’s recent under-21’s European Championship success.

Football London report that the 23-year-old playmaker is most likely to earn his debut in the friendly with Fulham at Craven Cottage at the end of July.

The midfield maestro recently arrived in London to get used to the city he will call home for the next five years.

Fornals arrived at the London Stadium in June, with the London club having reportedly paid £24million for his services.

This will surely excite all West Ham fans. There will be a slight disappointment that they won’t be able to see their new man in action against their fellow Premier League rivals. Fornals certainly showed why the Hammers’ faithful should be jubilant that Manuel Pellegrini managed to secure the signing of the exciting playmaker. With an extended break after the under-21’s Euro Championship’s, Fornals should be ready to step up and play a crucial role at the heart of this West Ham side. The 23-year-old impressed last season, averaging 1.8 shots-per-game, alongside 1.4 key passes at the same time[WhoScored]. With as big of a break as possible, the Spaniard will surely be set to hit the Premier League with great ferocity – with Pellegrini expecting more goal contributions than the two goals and three assists he contributed in La Liga last season. Should Fornals hit the ground running like Felipe Anderson did last season, West Ham will be onto a winner.