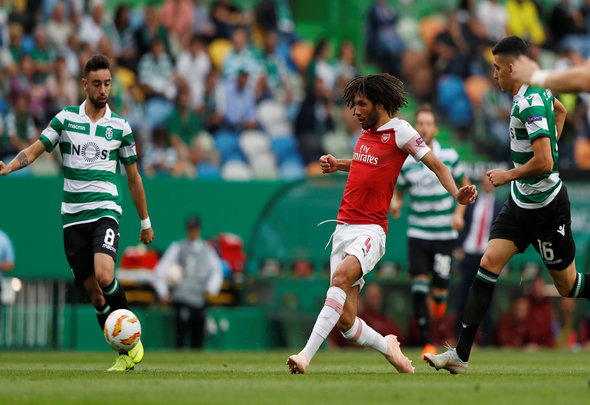 West Ham United are unlikely to make a move for Arsenal midfielder Mohamed Elneny this summer, according to Claret and Hugh.

The reliable club source claim that the Hammers don’t look set to launch a move to replace the outgoing Pedro Obiang, with Gianluca Di Marzio reporting the Spaniard should complete his exit by the end of the week.

Despite Ahly News reporting that West Ham see the Egyptian international as the ideal replacement for the 27-year-old, Claret and Hugh were quick to claim that there will most likely be no replacement at the London Stadium.

Elneny fell out of favour at Arsenal under Unai Emery last season, only managing to make eight appearances at the Emirates Stadium.

West Ham fans will most likely be breathing a sigh of relief, and rightly so. If the Hammers had have made a move for Elneny, they may as well have just kept Obiang at the club – with the Spaniard much more capable in the heart of midfield. The Egyptian international only featured for 381 minutes in the Premier League last season and averaged a poor o.3 interceptions alongside 0.6 clearances per game [Source: WhoScored]. Elneny did, however, average 1.6 tackles per game, a strong point of his performances. Compare this Obiang, and the Spaniard featured for more than three times the amount of minutes in the top-flight. The 27-year-old averaged 1.7 tackles per game, as well as 0.6 clearances and 0.5 interceptions on average in each outing [Source: WhoScored]. Their stats are so similar, with Obiang averaging more in defensive areas despite playing much more football, proving that a move for the Arsenal enforcer is near pointless this summer, with the Hammers surely making the right move if they were to snub the Egyptian.