Diangana to be given chance 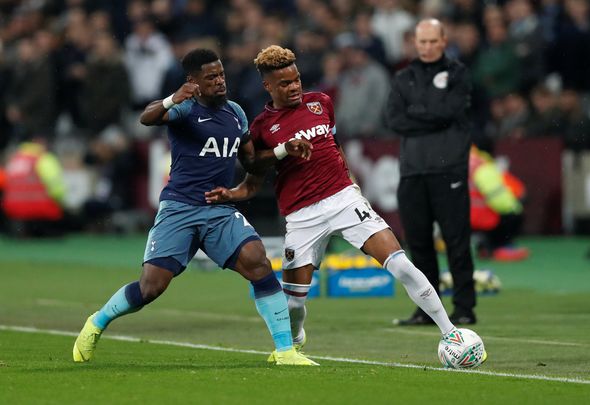 West Ham United winger Grady Diangana will be given the chance to fight for his place under Manuel Pellegrini, according to ExWHUemployee.

The reliable club insider claims that the starlet has been given the option to stay or take a loan move to Middlesbrough this summer.

ExWHUemployee reported on his personal Twitter account that any potential move is dependant on how much the Championship club will pay to take the 21-year-old on loan.

His future is still undecided I think at this point: he has been given the option to stay at fight for his place or go on loan and I think the temptation will depend on the club and the money they pay us https://t.co/xSwCPDcjaR

Middlesbrough were first reported by Football Insider to hold an interest in the skilful youngster, who suggested Diangana was a prime target for the club after they lodged an inquiry.

Pellegrini will no doubt hold Diangana in the highest regard possible at the London Stadium. The 21-year-old burst on to the scene at the beginning of the last Premier League season, and went on to feature 17 times for the Hammers in the top flight. There are certain youngsters that a club should keep ahold of, and Diangana is certainly one of those. After gaining the valuable experience of Premier League football, the youngster is surely ready for next season to make a massive impact after being slowly integrated into the squad. Despite 11 appearances coming off the bench, Diangana still managed to complete 3.1 successful dribbles on average per 90 minutes [WhoScored], a stat no will no doubt please Pellegrini as he looks for his wingers to create opportunities. The electrifying winger loves to run at his opposing defender and could be a valuable weapon, whether off the bench next season or from the start.