Diangana could flourish out on loan 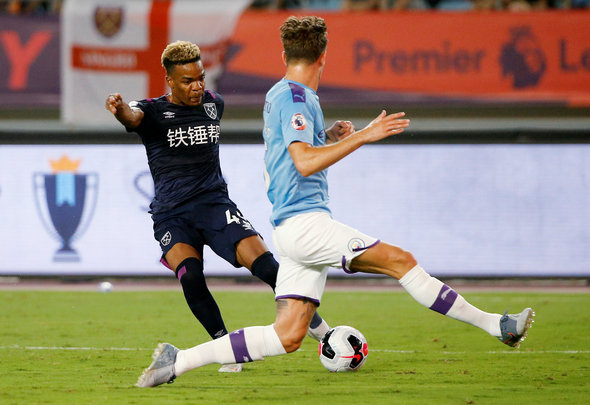 There’s no doubt that Liverpool winger Harry Wilson was the loan success of last season in the Championship, scoring 18 times and bagging six assists in a stunning stint at Derby County.

It’s no surprise, then, to see that second tier sides are on the lookout for a Premier League youngster who could come in and replicate the Welsh international’s success last season.

TEAMtalk reported on Sunday that West Ham United have been inundated with loan offers for young winger Grady Diangana, with Middlesbrough, Derby County and Blackburn Rovers all keen, while there are clubs in Germany and France interested as well.

Hammers boss Manuel Pellegrini is thought to be a serious admirer of the 21-year-old, but you do get the sense that he may be better served leaving the London Stadium for a temporary spell in the Championship next time out.

That’s because the competition for attacking midfield places is absolutely fierce at West Ham next term. Felipe Anderson, Pablo Fornals, Manuel Lanzini, Andriy Yarmolenko, Michail Antonio and Robert Snodgrass will all be competing for a starting spot moving forward.

So Diangana may well be served going further afield for game time, with a spell a division below appearing to be an ideal next step for him. Indeed, he has the potential to be the next Wilson – very much so.

The youngster wasn’t blessed with huge game time last season, despite it being a breakthrough campaign for him, but he still showed flashes of real potential.

As per WhoScored.com, the Englishman averaged 0.6 key passes, 0.7 shots and 1.2 dribbles per game last term. He scored twice and produced one assist, but it’s clear that running with the ball is what he loves to do the most.

However, a stint in the second tier could be what he needs to improve his end product. He would play more regularly and be asked to contribute more offensively in the Championship, which could see his statistics vault into the Wilson stratosphere next time round.