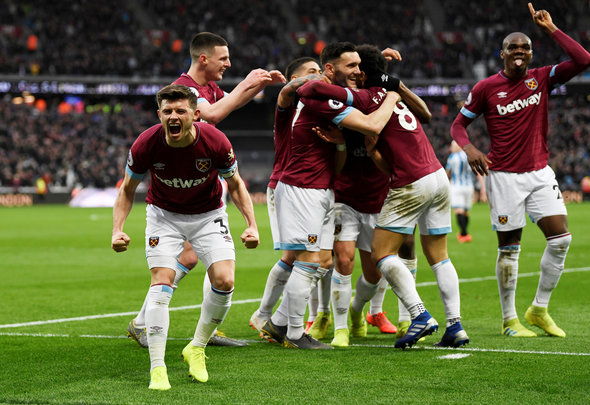 West Ham have done a fine job of building a squad this summer that genuinely looks capable of kicking on and challenging for a European spot next season.

With Sebastien Haller leading the line, and with Pablo Fornals drafted in to bring a little more pizzazz to the centre of the park, this is a Hammers squad that has a solid core and a lot of flair.

In fact, for the first time in a while, the vast majority of the team picks itself, with some areas only causing headaches due to the amount of depth at Manuel Pellegrini’s disposal.

One position that has threatened to cause issues, however, has been at left-back.

In recent times, neither Aaron Cresswell nor Arthur Masuaku have really been able to stay their name on the spot, and it has led to a kind of back and forth over the past couple of seasons.

And there isn’t a vast chasm between the two on paper either.

But now there is a third candidate in the running.

Ben Johnson may primarily be a right back, but the youngster has filled in on the left side of defence in preseason, and done a pretty impressive job to boot.

He may have only the one Premier League start under his belt, but in the 63 minutes he was on the field against Manchester City earlier this year, he managed to make three clearances, one tackle, one interception, and registered a pass completion rate of 78.6% [Whoscored].

Last year, as per Whoscored, Masuaku and Cresswell in every one of those departments, but there is enough there to still believe that Johnson holds a lot of promise. 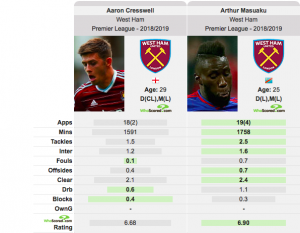 And that’s why he will no doubt have been disappointed to hear Monday’s update from the Irons.

The Hammers announced that Masuaku had signed a new long term contract, tying him to the club until at least 2024.

Given that he is four years the junior of Cresswell, and how inexperienced Johnson is at the moment, that seems to make Pellegrini’s intentions pretty clear.

Masuaku is surely his number one man now, and if that is the case, Cresswell is in trouble, but more pertinently, it is a setback for Johnson.

He could still displace the 25-year-old in the starting lineup, but you can’t help feeling that that task will be a whole lot harder now that he has virtually been identified as his manager’s favourite in that position.