Bilic was did not know who Haksanbanovic was 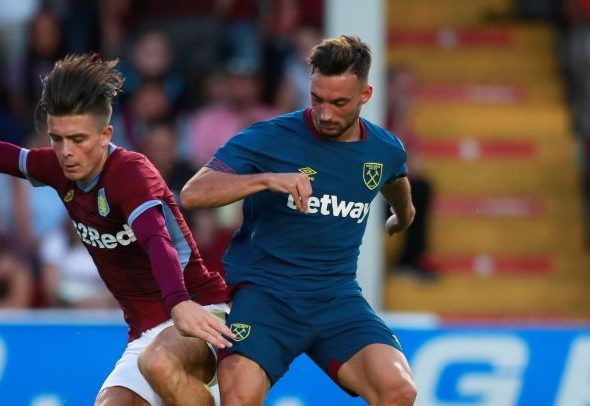 Former West Ham manager Slaven Bilic had “no idea” who Montenegrin ace Sead Haksabanovic was when he turned up for his first day of training with the Hammers, according to reliable source ExWHUemployee

The midfielder is currently on loan at Norrkoping in Sweden, and joined the Irons from Halmstad back in 2017.

But Ex has suggested that the move caught Bilic, who was in charge at the time, off guard.

Writing on his personal Twitter account, he said: “We agreed with an agent brought in to help with the deal that we would sign Haksabanovic if they got us Arnie [Marko Arnautovic].

“When Sead turned up for training Bilic had no idea who he was.” 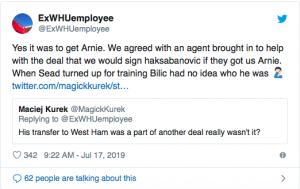 West Ham fans must be so grateful that this kind of thing doesn’t happen anymore. The fact of the matter is that back then, even when the club would make statement signings or claim to have snapped up the next big thing, there was always a sneaking suspicion that there was a general lack of direction, and if things weren’t as under control as the club was leading to believe. Now, however, things feel different. With Manuel Pellegrini at the helm, the Irons seem to be heading in the right direction, and are doing so at a decent rate too. Sebastien Haller is the newest recruit, as confirmed on Wednesday, and bringing in a player of his ilk is a real statement of intent. As for Haksabanovic, you have to feel sorry for the lad, but at the age of 20, he still has plenty of time to prove to the Hammers that his future lies in London.