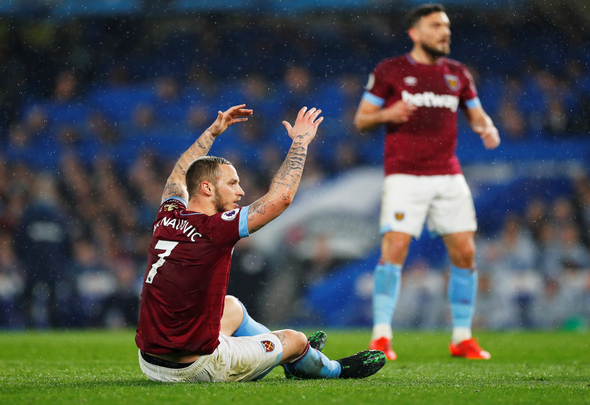 Marko Arnautovic’s proposed move to China could fall through, according to Foot Mercato journalist Dahbia Hattabi.

The 30-year-old Austrian passed a medical with Shanghai SIPG last night ahead of a transfer understood to be worth around £22.4 million, as reported by Sky Sports.

“This blocks the terms of payment and the deal may well fall apart.

“Shanghai is exploring another track in Europe in parallel.” 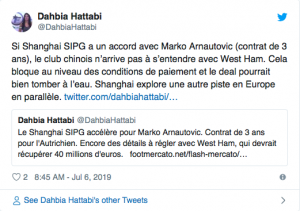 This is a tricky one to be honest. On the one hand, West Ham need Arnautovic gone. He is a disruptive presence who is bad for morale and who will continue to agitate for a move until he gets one. At this stage, getting rid of him is the only solution, and the sooner it is done, the sooner everybody can get on with their business. On the other hand, the club should not be extorted purely because he doesn’t want to be there. The £22.4 million fee being reported is shockingly low in today’s hyper-inflated market, and the Hammers have every right to hold out for little bit more. The issue comes if Shanghai walk away from the deal entirely. The way the forward is acting isn’t exactly going to endear himself to any potential buyer, and his form towards the end of last season, losing possession 1.3 times per match and winning just 0.8 aerial duals per match, won’t do much to convince people of his worth either [Whoscored]. The Hammers are walking a tightrope with this one.