Arnautovic hits out at British media 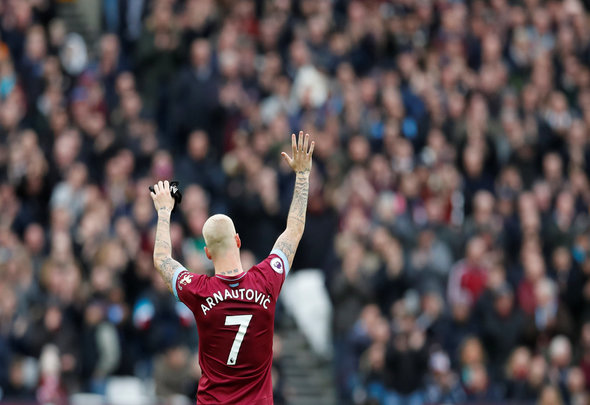 Former West Ham United attacker Marko Arnautovic has launched a blistering attack on the British media after his departure to China.

The 30-year-old joined Shanghai SIPG recently, but believes he was never given a fair rub of the green from the journalists in England. He also provided a bizarre take on his Hammers career.

“They do not train with me, they do not play with me, but they just write something,” he said, as per the Evening Standard. “Maybe that’s the characteristic of European media, the truth is that I always give everything to my team, I never spare myself.

“I’m here to work hard, I want to do my part so the club can achieve all of its goals,” he finished.

It’s a bit rich for Arnautovic to have a go at the British media for what he perceives as their unfair treatment of him. Let’s be real, it’s his own behaviour which has contributed to his negative reputation in English football. He’s a 30-year-old man at the end of the day, he needs to take some responsibility for his own actions. Yes, the journalists didn’t see what he was like in training, but it was clear in games sometimes that the Austrian international was not putting in maximum effort. You only have to watch how he was playing before January and then after the winter transfer window, when he failed to get a move to China the first time, to see that he was not trying his hardest after missing out on that move. So he can’t blame the media for him kicking his toys out the pram and producing three or four months of sub-par performances for the Hammers. A sense of perspective is perhaps what is needed for the controversial Shanghai SIPG frontman.