West Ham should scout Audero according to talkSPORT 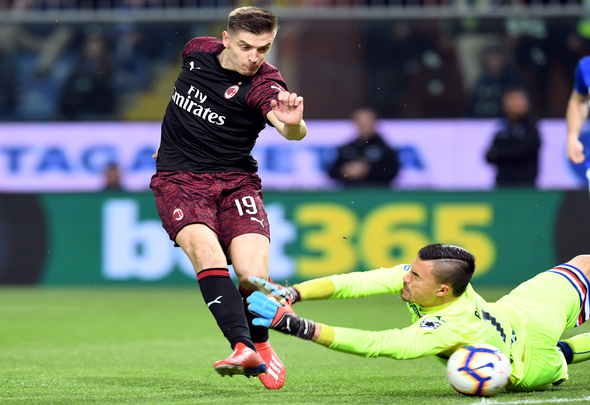 The broadcaster suggested one player for every Premier League team to scout at the prestigious youth tournament and when it came to the Hammers they recommended Sampdoria-bound keeper Audero.

talkSPORT attempted to justify their pick by claiming Audero would be a fine long-term successor to Fabianski.

“Another goalkeeper in Serie A who over performed his expected conceded goals, the ex-Juventus shot-stopper has come to the fore in Liguria,” wrote the broadcaster.

“Alex Meret started ahead of him against Spain and Poland but if he gets a chance then the Hammers should be looking out for the 22-year-old with stunning reflexes.

“Given Lukasz Fabianski, while excellent, is now 34 and their other goalkeepers are also veterans, Audero would be a fine long-term successor in east London.”

Audero is set to join Sampdoria from Juventus on a permanent basis after spending his 2018/19 campaign on loan with them as Gianluca Di Marzio revealed via his website in January that a deal had been reached, so it’s unlikely he’ll even be an option for West Ham in the near future to consider.

And it’s odd that talkSPORT are openly recommending the Hammers scout a player who may not feature at the tournament as they acknowledged fellow goalkeeper Alex Meret has been preferred by Italy’s U-21s so far.

Yet aside from those issues, them suggesting that Audero would be a fine long-term successor for 34-year-old Lukasz Fabianski, as the Hammers other goalkeepers are veterans, sees them completely ignore the existence of Trott.

The 20-year-old Hammers keeper surely is being prepped to be Fabianski’s successor as not only did the club see fit to hand him a new three-year deal in March, but David Gold even tweeted about him after the club signed David Martin.

The Hammers co-chairman shared that Trott would now be able to go out on loan to pick up some vital first-team experience, which is clearly geared to helping him become ready to one day in future be good enough for Manuel Pellegrini’s side.

Just to confirm we have signed goalkeeping David Martin – son of Irons legend Alvin – on a free transfer from Millwall. His arrival will allow us to send promising youngster, England youth international Nathan Trott, 20, out on loan next season to gain first-team experience. dg pic.twitter.com/P6z8SLzsk8

“Just to confirm we have signed goalkeeping David Martin – son of Irons legend Alvin – on a free transfer from Millwall. His arrival will allow us to send promising youngster, England youth international Nathan Trott, 20, out on loan next season to gain first-team experience. dg,” wrote Gold via his personal Twitter account.

And his job to appear for the Hammers’ senior team would only be made harder if Audero arrived.

The 22-year-old already has more first-team experience having played 37 times in Serie A in his 2018/19 campaign, with him conceding 51 goals and keeping 11 clean sheets, which as talkSPORT pointed out, was better than most expected.

This means he’d be ahead of Trott if the Hammers ended up signing him by following through on talkSPORT’s scouting tip, and that just seems unfair as the 20-year-old hasn’t been given a chance to prove his credentials to be Fabianski’s successor in a senior setting.