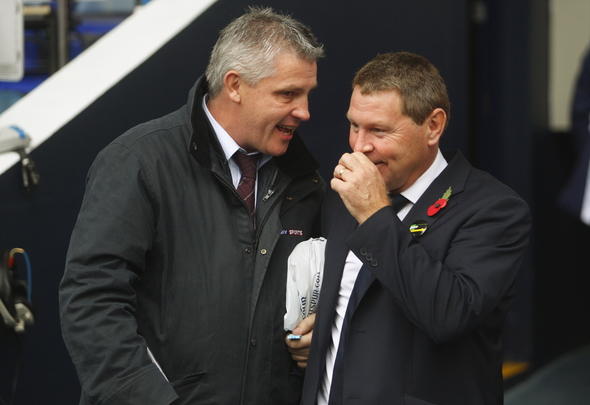 Tony Gale appeared to take a dig at fans over having high expectations regarding West Ham before claiming the Hammers potentially had a great chance of breaking into the Premier League’s top-six in the upcoming season.

The Sky Sports pundit was asked whether the Hammers could finish in the top-six and pointed out that fans sometimes have higher expectations than the rest of us “who know a bit”.

Yet Gale then went on to speak positively about Manuel Pellegrini’s side and suggested that if they keep star players such as Issa Diop as well as added a few more players, in particular, a striker, they could nick sixth place.

“Fans expectations are sometimes a little bit higher than the rest of us who know a bit, but I think the expectation is quite clear that they could break into that top-six as they spent money last season,” said Gale on Sky Sports.

“If they don’t try and balance the books by trying to get rid of someone like Diop, and if there are other players coming in, like a striker in particularly then I think they’ve got an excellent opportunity of nipping into that sixth spot.”

While Gale’s dig at fans expecting more than most, and implication that he and other pundits know better, was unneeded; the rest of his verdict will leave many Hammers fans thrilled.

The Hammers finished 10th in the league under Pellegrini in their latest campaign and notably finished 14 points behind sixth-placed Man United, so it would be a hugely positive sign for the future if the club could make up that gap so quickly.

However that’s the only reason many West Ham supporters will be thrilled, they’ll be over-the-moon at their side having a chance given their recent track record in the division.

The Hammers finished 13th in the table in their 2017/18 campaign, 11th in their 2016/17 season and scrapped just over 40 points in both of their campaigns; with both of those seasons seeing them dabble more with relegation than top-six hopes. (Source: Premier League)

Also given that the Hammers’ highest ever finish in the Premier League was when they finished 5th in 1998/99 season; finishing sixth would see them come awfully close to their best ever finish and that would be some achievement.

While some may point out Gale believes a new striker needs to arrive to help Pellegrini’s side finish in the top-six; it’s worth noting that they are in the hunt for Salomon Rondon, as per the Northern Echo, who scored 11 goals for Premier League rivals Newcastle United in his latest campaign.

So with Rondon potentially on board, Gale will clearly end up predicting a sixth-placed finish for his former side, which shows what good shape they look in ahead of the new season.