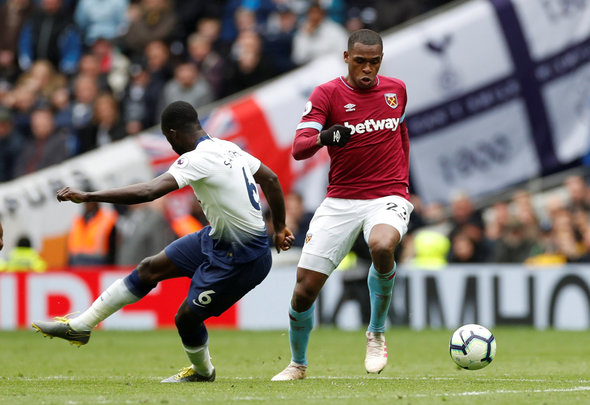 The talkSPORT pundit shared that he thought Diop didn’t hit the ground running at the London Stadium when he joined the Hammers last summer but did end up improving in order to have a good season.

Morrison then stated that Man United needed a defender like him as he was quick, athletic and strong at the back.

“He did have a good season though it didn’t start off great at West Ham,  but he is still young, I’ve seen him a few times at West Ham and he is exactly what they (Man Utd) need,” said Morrison on talkSPORT (11:54am, Monday June 17th).

“He is quick, athletic and strong at the back.”

Morrison may have found a way to praise a West Ham player while upsetting West Ham fans. No Hammers supporter wants to hear a pundit basically advertise one of their best players to a Premier League rival and that is effectively what Morrison does. To make matters worse, Sky Sports previously reported that Diop had already caught Manchester United’s eye as they’re willing to pay £45million as well as give the Hammers a player in order to get him. While the centre-back should be flattered to have a prestigious side like Man United chasing his services, he shouldn’t be tempted to leave the London Stadium. The Hammers are a side on the up under Manuel Pellegrini and he should stick around to help the club move forward in the upcoming seasons. Diop played 38 times for the Hammers in his 2018/19 campaign and established a good rapport with fellow centre-back Fabian Balbuena, and it would be a shame if that partnership was split up after only one year together.