Luis Muriel potentially a plan B for West Ham 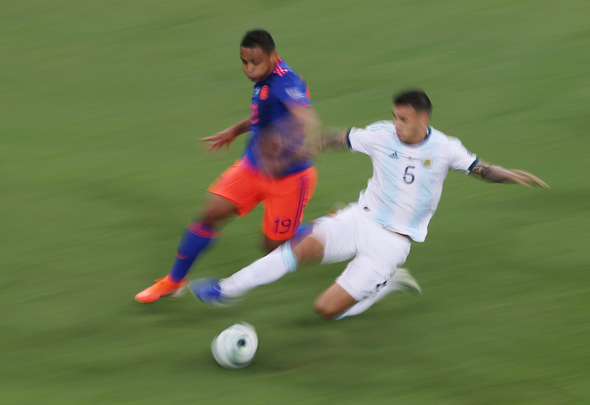 The reporter was asked when on Sky Sports News whether the Hammers had a plan B if they missed out on Gomez and he shared that he had not only heard Aleksandar Mitrovic mentioned but had heard Muriel’s name dropped.

Magee quickly added that he wasn’t sure how strong the Hammers’ link with Muriel was as they had been linked in the past and pointed out the club did appear to be focusing on getting Gomez.

“Two other names I’ve heard mentioned are Aleksandar Mitrovic at Fulham, I think he is probably going to go Real Betis, proven in the Premier League with Newcastle and Fulham as well as the Championship of course,” said Magee on Sky Sports News (9:53am, Monday June 17th).

“The other name I’ve heard is Luis Muriel of Sevilla, Colombian international, not sure on that one as they’ve been linked a lot in the past, and it looks like they’re putting all their eggs in the one basket to get Maxi Gomez.”

West Ham have been consistently linked to making a move for Mitrovic this summer,as it was previously reported by The Mirror for example, but Muriel hasn’t been mentioned recently. In fact the Hammers were previously thought to be in pursuit of the 28-year-old Colombian forward in 2017 as at the time the Mirror reported that the club had added him to his shopping list, and in case you’ve been living under a rock, Muriel never was signed by the club. Instead the 28-year-old moved to Sevilla before they loaned him out to Fiorentina for his 2018/19 campaign. Muriel scored 13 goals and assisted six in his 42 outings during his latest campaign, and could be a good forward to sign if the club miss out on Gomez. The forward loves to dribble at his opponents and can be a real thorn in defenders’ sides, so it’s easy to see him being an asset to Manuel Pellegrini. However given that the Hammers seem to have their heart set on Gomez and Magee isn’t even sure how keen the Hammers are on the Colombian, a move may not be on the cards this summer.