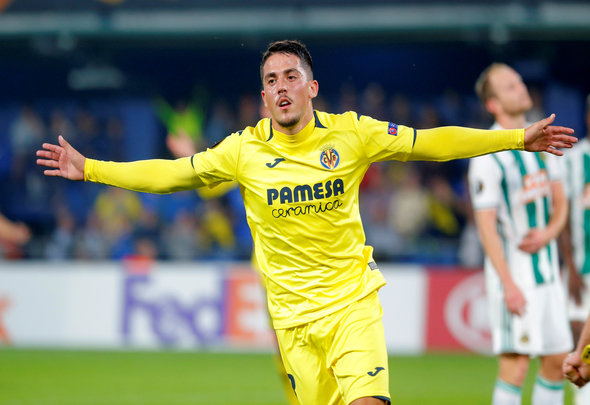 Santi Cazorla sent West Ham’s latest signing Pablo Fornals a supportive message on Instagram after it was confirmed he was joining the Hammers.

West Ham confirmed via their official website on Friday that they had signed Fornals from Villarreal and revealed that he had signed a five-year deal with the club.

After being revealed as the club’s latest signing, Fornals took to his verified Instagram account to share his happiness at now being a member of Manuel Pellegrini’s squad.

“Very happy to announce that the next years will be Hammer!” wrote the Spanish playmaker.

Fornal’s post saw Cazorla send him a four-word message to wish his former teammate all the best at his new club.

Very happy to announce that the next years will be Hammer! ⚒ 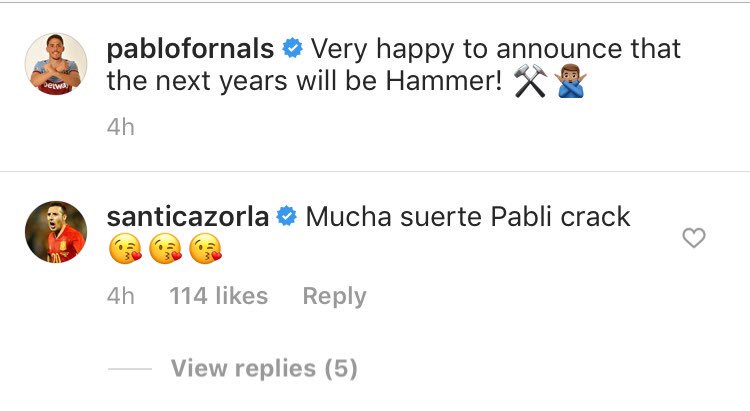 Cazorla clearly was happy to see Fornals make the jump to the London Stadium and it was nice to see. The former Arsenal player wished him well and used the word “crack” in his message which is Spanish slang that basically means excellent. Hopefully Fornals stays in contact with Cazorla and perhaps seeks advice from him on how to flourish in the Premier League after all the 34-year-old was impressive when he featured in the Premier League for the Gunners. Cazorla played 180 times for Arsenal, scoring 41 goals and assisting 45 and if Fornals was able to replicate that success but at the Hammers, then he will turnout to be a fantastic signing for the Hammers. On paper, the Hammers look like they have pulled off a fantastic signing by welcoming Fornals as he impressed across the 50 outings he made for Villarreal last season, but you never know how a player is going to cope in the Premier League.