Adebayor is wanted by West Ham 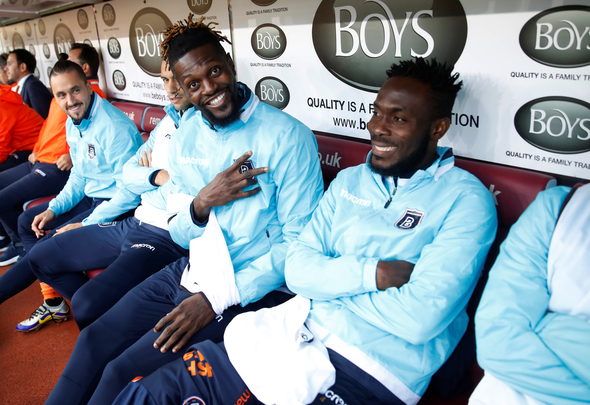 West Ham are in the hunt to sign Emmanuel Adebayor alongside Sheffield United and Watford, according to The Sun.

The national newspaper claim that the Hammers are looking at the 6ft 3in tall attacker (Source: Transfermarkt) as a possible option due to them wanting a replacement for Andy Carroll, who they previously confirmed was leaving when his contract ends.

The Sun report that Adebayor is a free agent after leaving Turkish club Basaksehir by mutual consent on Friday and that it is believed he wants to play in London after previous spells with Tottenham and Arsenal.

This has to be a wind-up as the Hammers surely wouldn’t consider signing a 35-year-old forward? The Sun claim that Adebayor hasn’t played 90 minutes of football since January, so there should be question marks over his fitness. In fact according to Transfermarkt, the forward had three separate injury problems in his latest campaign which caused him to miss 21 days of action and the alarm bells at the London Stadium should be sounding as a result. The attacker may know the Premier League like the back of his hand, having scored 97 goals in 242 outings in the division, but his career has seemingly been winding down in recent seasons and a return to such a demanding league would be asking too much of him. After all Adebayor only managed three goals in 19 league games for Basaksehir and the Turkish division is perceived as not being as tough as England’s top-flight. So while the Hammers clearly need a replacement for Carroll, especially as fellow forward Lucas Perez has left as well, if they move for Adebayor then it seems a move that will be destined to fail.