Yarmolenko can be a game changer 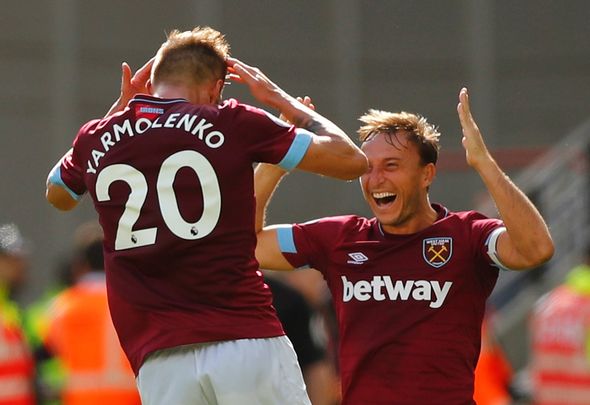 You can only imagine how disappointed Andriy Yarmolenko must have been last year.

After sealing his big money move to West Ham from Borussia Dortmund, it looked for all the world as if he was going to bring his unique brand of trickery to the Premier League.

Instead, he ruptured an achilles tendon after just 10 appearances, and has been forced to watch while his new teammates pitted their wits against the rest of the league.

The signs are that he will be fit and ready for next season, however, and the latest update from Hammers owner David Gold.

Posting on his personal Twitter account, the chairman claimed that he was “confident” that the Ukrainian will be back in preseason training.

I am confident he will back for preseason training. dg https://t.co/VTuL0G1b1W pic.twitter.com/tWiMO20mpm

There is a reason that he commands such an impressive wage, and if he can get up and running in England, he could go on to become a crucial player for the Irons.

His recovery is not done yet, of course, but the fact that Gold feels confident enough to post about his progress on social media can only be a good sign.

With the plethora of attacking talent already at the Hammers’ disposal, not to mention new signing Pablo Fornals, Yarmolenko’s return could transform West Ham into one of the most exciting and dangerous sides outside of the fabled top six.

Perhaps they can even look to challenge those at the top table.