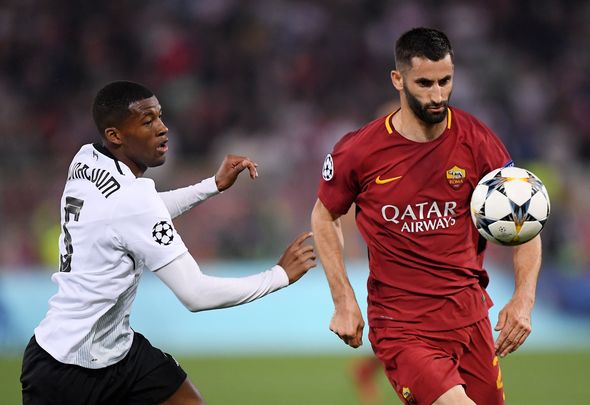 West Ham United are set to rival Everton for the signature of AS Roma midfielder Maxime Gonalons, according to La Gazzetta dello Sport.

The Italian publication claim that the Hammers are willing to pay up to £3.5million (4million euros) for the midfielder which is the amount AS Roma are likely to ask for.

La Gazzetta dello Sport report that Sevilla, the club Gonalons spent last season on loan at, will not pursue signing the French international.

Gonalons has a current deal with the Italian side that runs until 2021, with Manuel Pellegrini ready to make a move for the midfielder.

The 30-year-old only managed to make 10 La Liga appearances at the Spanish outfit, with only 14% of those coming from the first whistle.

This deal would seem to go against what was planned for the Hammers at the end of last season. Captain Mark Noble admitted that he expected the club to bring in more young and hungry players, and the last it was checked, Gonalons is definitely neither of those. A lacklustre loan to Sevilla could prove a warning to West Ham, who according to the report seem willing to pay the necessary £3.5million. The 30-year-old would be a risky signing after he suffered three injuries last season – the worst being a fibula shaft fracture. Since joining Roma in 2017, Gonalons has failed to make much of an impression, starting the first half of the season he joined on the bench. In the previous two seasons, the Frenchman has only made 33 league appearances, compared to Declan Rice who made 34 league appearances in this campaign alone. Should Pellegrini be able to tempt Gonalons with a move to London on the cheap, the deal might not be a bad one, with defensive cover surely needed for Noble, but with West Ham surely needing to target younger players, it would be no surprise if this deal materialises.