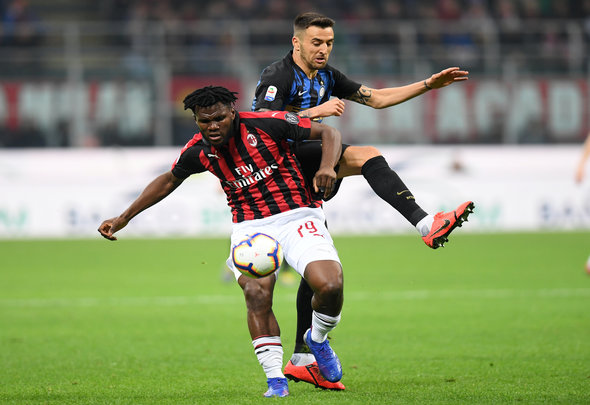 West Ham United are interested in signing AC Milan midfielder Franck Kessie this summer, according to the Daily Express.

The newspaper claims that the 6ft midfield powerhouse [Source: Transfermarkt] could be sacrificed for £30million this summer as the cash-strapped Italian giants bid to avoid Financial Fair Play penalties.

However, the Hammers’ north London rivals Tottenham Hotspur and Arsenal are both also eyeing the 22-year-old, who would prefer a move to a team who can offer European football.

Manuel Pellegrini is thought to view the Ivory Coast international as a potential replacement for starlet Declan Rice, who he has admitted in the past could be sold.

Let’s get the Rice thing out of the way first, shall we? He’s not going to be sold this summer unless a monster fee comes in for him, and even then it’s probably unlikely that he leaves as this stage of his career. So Kessie may well be someone the club view as a replacement for him in the future, but it’s probably far more likely that they want to pair the two young starlets together in the middle of the park. That’s completely understandable, because they’d be a hugely dynamic duo. The Ivorian has evolved into one of the best all-action central midfielders in Serie A over the past few years, and his signing would be a huge coup for Pellegrini’s team. However, the fact that both north London teams are lurking makes the likelihood of the Milan man moving to the London Stadium significantly less. Still, if you don’t buy a ticket you can’t win the raffle, as they say, so West Ham might as well make a play for Kessie this summer and see what happens.