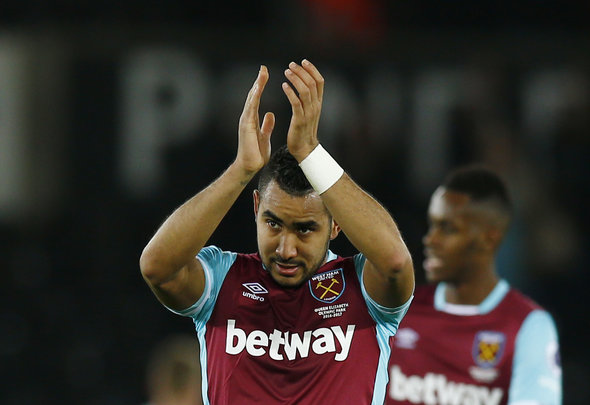 West Ham United do not currently hold an interest in Dimitri Payet, according to ExWHUemployee.

Payet had reportedly been offered to clubs in England, with the Hammers being one of those sides. The Frenchman was suggested to have wanted a return to London at the start of this year.

The reliable club source shut down the rumours on his personal Twitter account on Thursday morning by simply saying: “He has been offered to many clubs but I don’t think we are interested.”

He has been offered to many clubs but I don’t think we are interested https://t.co/OQRFGIlnz0

Marseille were reported by Get French Football News to be in a troubling financial period, meaning they must sell some of their highest earning players this summer.

The 32-year-old left the Hammers in 2017 for £25million. Payet was a mainstay in Ligue 1 this season, making 31 appearances, scoring four and assisting seven goals.

This would be a massive turn of events should somehow Payet return to West Ham. The French playmaker left London in controversial style a couple of years ago, somewhat forcing a move to Marseille to return back to his home nation. Payet was loved by the London Stadium faithful and quickly became a hero at the club, with his freekick expertise and flair a real highlight of his game. To tell the truth, though, the midfield man is nearly 33-years-old, and is on big wages at Marseille, big enough for any potential move to be labelled a massive risk. Any move is highly unlikely, with Manuel Pellegrini having already completed the signing of Pablo Fornals from Villareal, who will be expected to come in and fill the playmaker sized hole in the Chilean’s side. At this stage of his career, Payet would no doubt want guaranteed first team minutes, and West Ham just aren’t in a position to be able to offer him that right now.