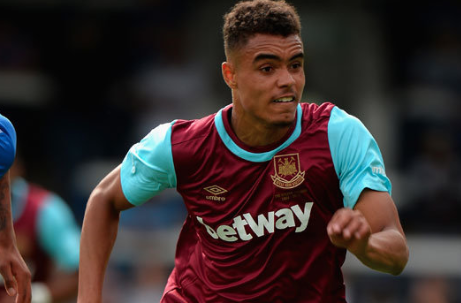 West Ham will pick up compensation as well as get £8,000-a-week wages off the books as Josh Pask agrees a move to Coventry City as a free agent, according to Claret and Hugh.

The West Ham news outlet claim on their website that the free exit of the 21-year-old, which was confirmed on the Sky Blues’ official website on Tuesday, will see the Irons receive some sort of fee for his departure as a result of his age, with the clubs either having to agree a fee or face a tribunal.

It is stated that the exit of Pask, who never featured for the West Ham first team, will clear up his £8,000-a-week wages.

While those wages are marginal compared to some of his first team counterparts in east London, it is still quite a large sum to have been paying for someone who never really got close to cutting it at the Hammers. Loans to Dagenham and Redbridge as well as Gillingham should have made it clear that he was quite some way from stepping up to the Premier League and those funds could well help tie some of the more promising talents at the club down to new deals. We might never find out the sort of money West Ham make from his exit but it would be a surprise if it made up for the wages that he has cost the Hammers over the years. This is one youngster who has not made the grade in east London and the Irons chiefs will be hoping there are not too many more failures like Pask among their current cohort – otherwise their academy could prove to be an awfully expensive thing to run.