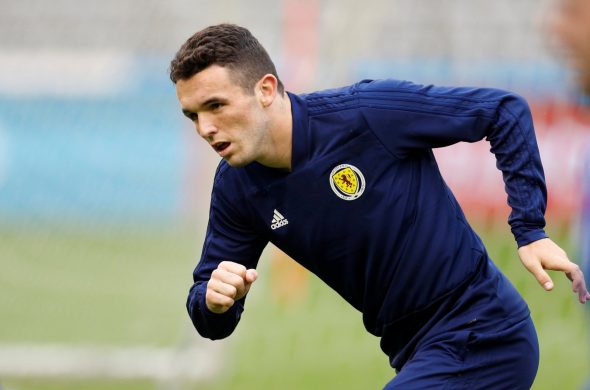 West Ham are set to miss out on summer target John McGinn as Aston Villa prepare to hand the midfielder a new contract, according to the Daily Mail.

The national newspaper claim that the newly promoted Premier League side are set to offer the 24-year-old a new deal to fend off interest from the Hammers.

The Daily Mail report that Premier League duo West Ham and Leicester City have been monitoring the situation of the Scottish international, whose current deal runs until 2022.

McGinn caught the eye of Manuel Pellegrini during his club’s run to the top flight through the Championship play-offs – scoring seven goals and assisting a further nine in his 43 appearances for the Villans.

Any potential move for the Scotland international looks off the table now for the Hammers. Manuel Pellegrini will have been watching McGinn eagerly towards the end of the season, with his price becoming significantly higher after Dean Smith’s side earned promotion. West Ham will have been wishing that Villa missed out on promotion so they could have made a cheaper move. McGinn definitely excelled at Villa Park and was one of the standout performers in the Midlands. He offers great physicality in midfield in a box-to-box role, being involved in an impressive 16 goals for his side. His best performance eventually came in the play-off final as he scored the decisive goal at Wembley – a goal which could have ended Pellegrini’s hopes of making an offer for the 24-year-old. McGinn would have most likely been deployed next to Declan Rice, with the permission to push forward and take advantage of spaces on the edge of the box – something the Villa man is known for, averaging 2.5 shots per game last season [WhoScored].