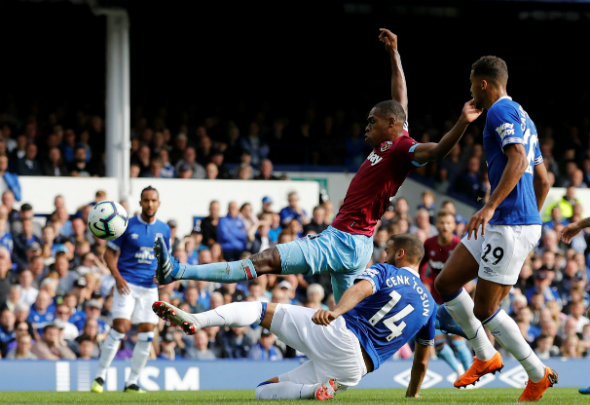 West Ham are demanding a world record-equalling price for Issa Diop to ward off interest from the likes of Manchester United this summer, according to the Telegraph.

The newspaper claim on their website that the Hammers are seeking the same world record-breaking price of £75million that Liverpool spent on Virgil van Dijk if they are to let their central defender leave the club this summer, believing such a price tag will prohibit suitors from making a move.

Diop emerged as one of the Irons’ top performers last season in what was his first campaign at the London Stadium, having joined for £22million in the summer of 2018.

This is surely a price tag that West Ham have slapped down to keep rivals away and not what they actually think he is worth. Yes, Diop looked like a good defender last season but to put him in the same bracket at van Dijk is ludicrous. The Dutch international is the complete centre back, offering not just a commanding presence at the back but tremendous ability on the ball, pinging passes left, right and centre with great accuracy and ease. We have not seen that from Diop and so there is no way anyone should pay that sort of money for the Hammers ace. If Manchester United were to meet their demands then it just screams of desperation in their hunt for a new centre back. Perhaps van Dijk’s move to Liverpool has transformed the price tags of defenders forever but it would take a special talent to see his transfer record equalled or broken. Is Diop at that level? Not yet. Could he get there? Perhaps – but he has a lot of developing to do if he is going to elevate himself to such heights.