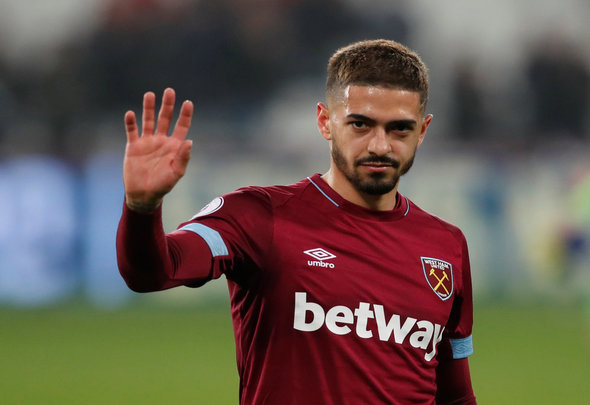 Manuel Pellegrini has been slowly developing his West Ham United team under-the-radar in the past couple of seasons.

The beginning of this campaign has been one of his most successful as Hammers boss. The Chilean has placed his marker by releasing some of the club’s biggest earners including Andy Carroll, Samir Nasri, and Adrian.

Those outgoings have been replaced by the smart decision to bring in Villareal midfielder Pablo Fornals, who at 23-years-old has been lighting up the Under-21 European Championships.

One of the more important decisions to make before the Premier League begins is what sort of role Manuel Lanzini will take in the set-up at the London Stadium.

Pellegrini will more than likely wish to start with Fornals, and with Jack Wilshere returning to the fold, the exit door must be opened to the Argentinian.

Claret and Hugh reported on Friday that should the 26-year-old leave, the Hammers would value him at £15million-£20million, a fee that should more than push them to flog the midfield man.

Lanzini was left suffering from a serious injury setback last season and only managed to make 10 appearances for West Ham, and is now entering the final year of his deal.

Should the club manage to bring in an offer close to what they paid for Fornals then it would be a no-brainer.

When you compare the two via WhoScored, the Spanish playmaker averaged more key passes and shots per game than Lanzini and would lead supporters to quickly forget about the older midfielder. 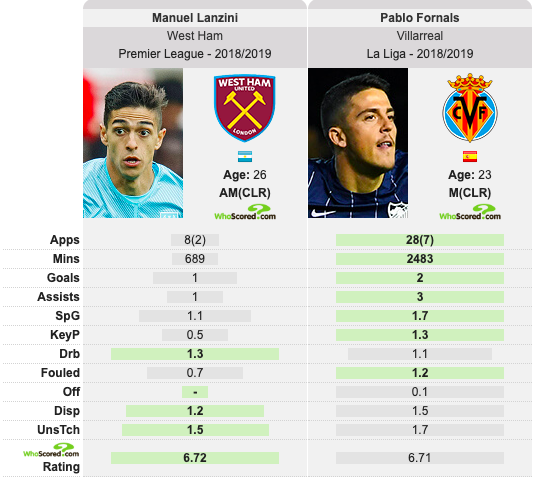 The arrival of Fornals has only pushed Lanzini down the pecking order at West Ham, and despite the fact that Pellegrini wishes to integrate both into his plans, an offer of upwards of £20million could not be turned down.