West Ham onto a winner with Gonalons 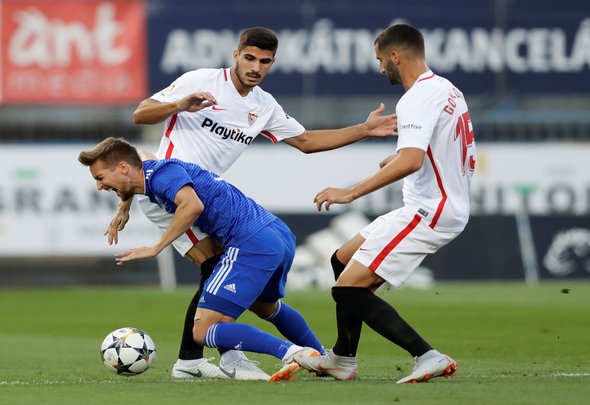 Central midfield is bound to be an area of need for West Ham United manager Manuel Pellegrini this summer, which is why they have been linked with all and sundry who operate in the middle of the park.

The latest name attached to the east London outfit is Roma midfielder Maxime Gonalons, with L’Equipe claiming on Sunday that he is in contact with Everton and the Hammers over a potential loan move.

Now, that would be exactly the sort of signing to get the West Ham faithful off their feet. Gonalons is a former Lyon captain, a 6ft 1in [Source: Transfermarkt] French international and a classy operator in the centre of the pitch.

He had some injury problems on loan at La Liga side Sevilla this season, but he’s recovered now and has the quality to ensure that he’ll always be able to make an impact in the right set-up.

Pellegrini needs a bit more quality and a bit more strength in depth in central midfield. There is uncertainty over the futures of Pedro Obiang and Carlos Sanchez, which would leave only Declan Rice, Mark Noble and Jack Wilshere as options for the Chilean.

Gonalons’s signing, though, would provide the former Manchester City boss with another proven, experienced campaigner to sit alongside Rice in the middle of the park.

The fact that it would be a loan deal for the Frenchman, too, is ideal. Coming off injury problems it’s best not to sign him outright, but if he impresses during the season then the Hammers would be well placed to bring him in permanently next summer.

The former Lyon man is exactly what West Ham need and his signing would surely see the London Stadium explode. Let’s hope the club get it done as soon as possible.