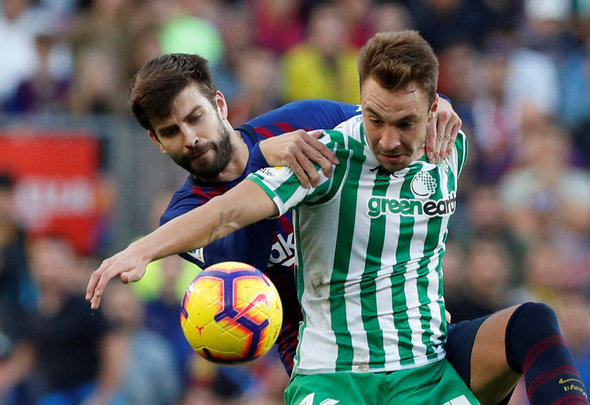 West Ham United have been given the chance to sign Real Betis striker Loren Moron this summer, according to the Daily Star.

The newspaper claims that the Hammers were in for the player last summer but that the 25-year-old opted to remain where he is. Now, though, he has been put on the market for £35million by his club.

Manuel Pellegrini’s side are still attempting to bring Celta Vigo frontman Maxi Gomez to the London Stadium, but Moron has now emerged as an alternative.

However, newly-promoted top flight outfit Sheffield United are also thought to be in the hunt for the Spaniard.

Well, it’s always good to have options, I suppose. Moron’s not a bad player, but Gomez is clearly the superior prospect and would be a much better signing for West Ham. Plus, the prices that are being bandied about for both men are pretty similar. Clearly they’d have to spend a fair amount to bring either man to east London, so with that said they might as well go all in on a player who they have made their primary centre forward target this summer in Gomez. Moron only scored eight goals in all competitions this season, so where Betis have got their £35million valuation from is a mystery. As per WhoScored, Gomez beat Moron in goals scored, assists recorded, shots per game, key passes per game, fouls drawn and the number of times he was dispossessed. So to go for the Betis man when the Celta star would probably cost the same amount of money would be bizarre.