West Ham in hunt for Everton 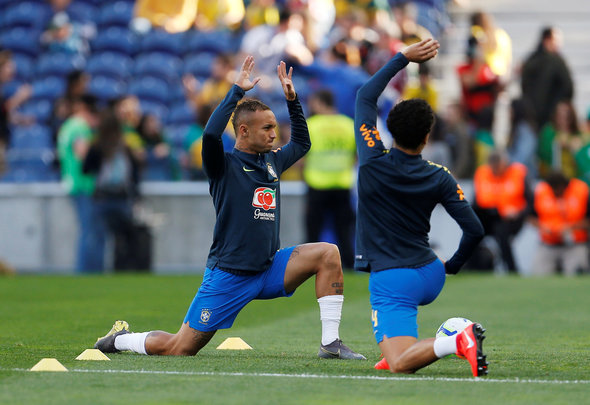 West Ham have joined three European giants in showing an interest for Gremio winger Everton, according to AS.

The Spanish outlet claim that the Hammers will rival Manchester United, Manchester City, and Inter Milan for the 23-year-old Brazilian.

AS report that Everton is set to move to Europe when his spell with Gremio ends after impressing in the Copa America.

The exciting attacking prospect joined the Brazilian club at 16-years-old and has accumulated a great amount of experience for the club. Everton has made 145 appearances for Gremio, scoring 37 goals and assisting a further 10. [Transfermarkt]

The winger has won five titles during his time in Brazil, including the Copa Libertadores and the Recopa Sudamericana.

This shows the progress that is being made at the London Stadium under Pellegrini. The influence of Mario Husillos cannot be underestimated either, with the South American already helping by bringing Pablo Fornals to the club. The Hammers have targeted Spain in their early deals, with Fornals arriving being followed by the reported bid for Celta Vigo forward Maxi Gomez. Everton has shown his flair early at the Copa America with Neymar’s absence and would be a great addition to the squad. Felipe Anderson has proved his worth since arriving, and with the addition of Everton, they could form a deadly partnership of South Americans. Despite only being 23-years-old, the starlet offers invaluable experience for his age making over 100 appearances at Gremio. AS report that a move to Europe is soon, mainly because of the fact that other Brazilians have chosen to make that move too, such as David Neres who currently plays for Ajax in Holland.