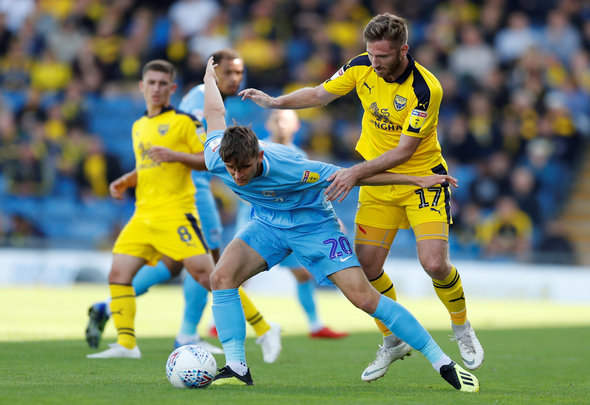 West Ham United are locked in a four-team Premier League tug of war for Coventry City starlet Tom Bayliss, according to the Birmingham Mail.

The newspaper claims that the Hammers are joined in their interest in the 20-year-old by their top flight rivals Aston Villa, Everton and Liverpool.

The young midfielder has burst onto the scene for the Sky Blues over the past couple of seasons and is considered to be one of the standout prospects in League One.

Bayliss made a total of 41 appearances this campaign, scoring three times and bagging a further three assists.

This is an interesting one, isn’t it? Bayliss has really come into his own under the tutelage of Mark Robins and was undoubtedly one of the finest central midfielders in the third tier this season. However, that’s a massive step up to Premier League level, as we all know. It can be done, of course, as people like Dele Alli have proved, but it’s always a risk signing an unproven prospect like Bayliss. Having said that, the Hammers do have a need for a central midfielder – specifically a more defensive-minded central midfielder, which is what Bayliss is. The signing of exciting playmaker Pablo Fornals on Friday was all well and good, and he’s a magnificent capture, but Manuel Pellegrini’s side are a bit light further back in midfield. Bayliss would address that need, but that’s a lot of pressure to put on a young man. However, were he to come to the London Stadium and excel, West Ham would have one of the finest young central midfield partnerships in the Premier League.