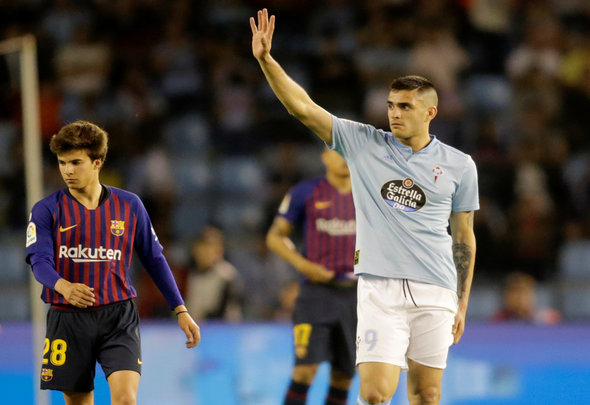 West Ham United have had a £29million bid accepted for Celta Vigo striker Maxi Gomez, according to journalist Kaveh Solhekol.

The Sky Sports reporter revealed the news on his personal Twitter account on Saturday, claiming that both the Hammers and La Liga side Valencia have had their offers accepted.

It is now thought to be up to Gomez himself which team he decides to join. Football London reported as far back as April that the Uruguayan was a key transfer target for West Ham director of football Mario Husillos. 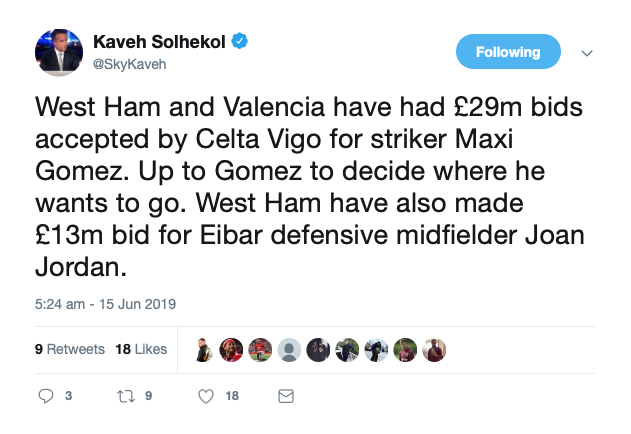 Well, this is quite the update, isn’t it? Gomez has long been talked about as a primary West Ham transfer target, and it’s clear that Husillos has wanted to bring him in for some time now. He seemed to be on the verge of arriving in January as a replacement for the seemingly China-bound Marko Arnautovic. Obviously the Austrian stayed and that move for Gomez failed to materialise, but it seems that the Hammers have never truly cooled on him. They do need some attacking reinforcements this summer, of course, with Lucas Perez and Andy Carroll having walked out the London Stadium exit door. Gomez is clearly the man that the club want, and he does have the look of a Premier League frontman. He is strong, powerful, good in the air and accurate in front of goal, so he would appear to be the ideal fit for the Hammers. Now it’s up to the player, and that’s where the worry will creep in for the supporters. Will he elect to stay in Spain with a big club like Valencia, or opt to move into the unknown with West Ham? We’ll find out soon.